You know you’ve had a good day when it ends on this note. 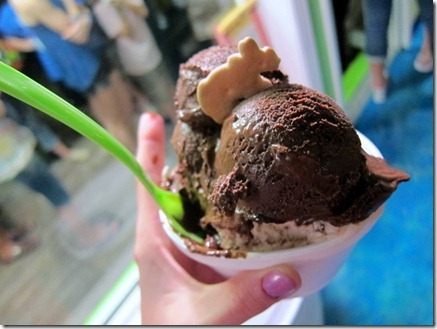 Today was such a fun day! From the moment Ryan and my sister’s boyfriend Ross arrived around 11 a.m., we were out and about, making the most of our time in Sanibel. We spent the majority of the afternoon on the beach, before swimming in the pool (the ocean is too cold) and showering before dinner.

Our pool time was one of the highlights of my day, as we made up some stellar pool games. The best made-up game was the one-legged noodle race, in which you had to keep a pool noodle submerged with one leg and swim to the other side of the pool as fast as you could, while the noodle remained under water.

It’s much harder than you’d think and watching people try to swim while keeping a noodle underwater is pretty darn hilarious. I lost the big race at the end because I basically choked on water from laughing so hard at Ryan and Ross trying to get to the other side of the pool without losing their noodles.

My Aunt Laurie and cousin Jackson arrived on the island from North Carolina right before dinner and our whole group headed out to The Lazy Flamingo, a casual, local seafood restaurant. 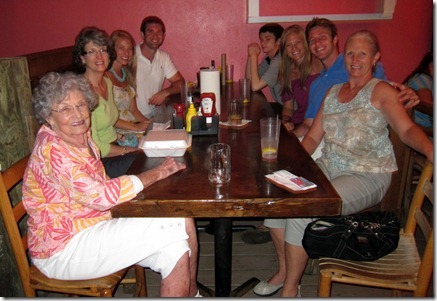 Our meal began with conch fritters for the table that were delicious! I ate two and loved the seasonings used with the breading. 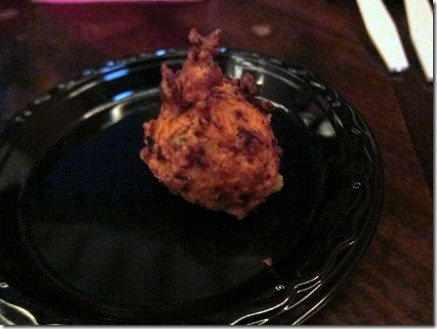 When it came time to order, I knew immediately that I wanted to order “The Pot,” a large pot of steamed clams and oysters. 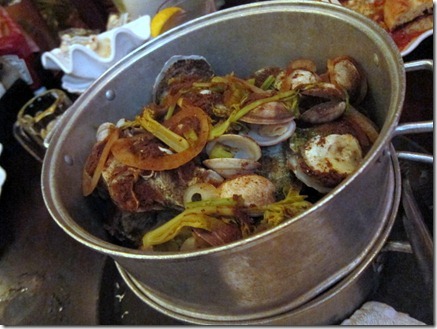 Ryan wanted in, so we split the pot and the mesquite-seasoned grouper platter. 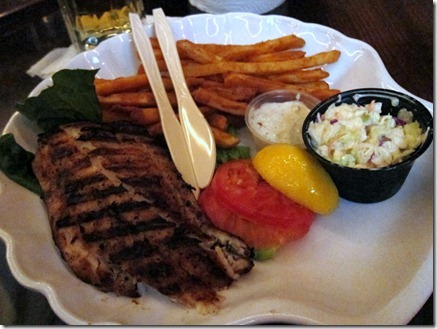 I ate all the fries from the platter and Ryan ate all the fish. I was all about the shellfish in The Pot anyway and ate most of them.

Dinner was a blast and our table had a great time! 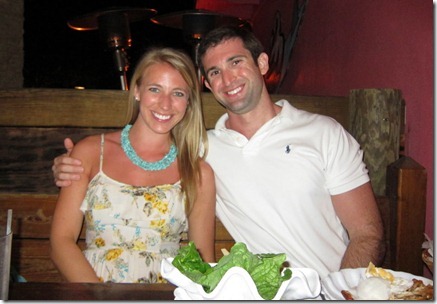 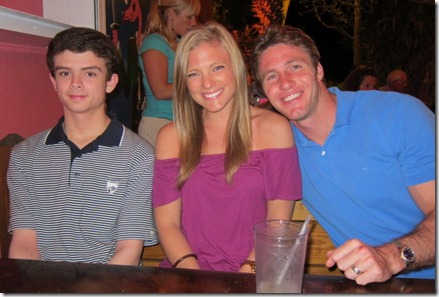 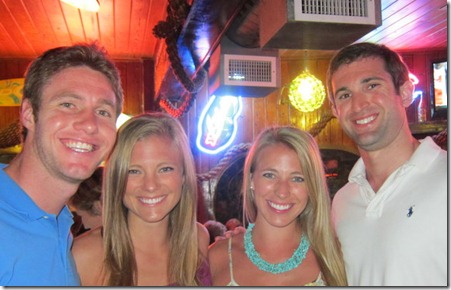 As we were leaving we noticed that a bunch of the bar stools had names engraved on them. I asked about them and the hostess said that some locals earn their names on the stools overtime or pay $10,000 for a stool with their name on it. Chump change, clearly. 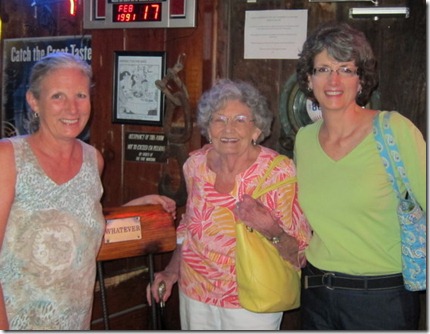 Since we weren’t ready to head back to the condo, we decided to caravan over to Pinocchio’s, a small ice cream shop on the island for dessert.

And that is where this happened… 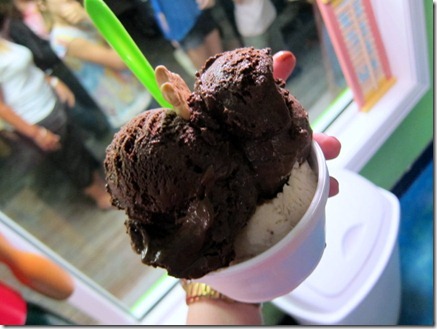 I ordered a medium ice cream with half Health bar ice cream and half chocolate caramel sea salt gelato.

Oh goodness it was good!

After dessert, we went back to the condo for some more quality time together and now I’m blogging from bed.

I hope your weekend is off to a great start. I’m pretty sure I’ll be asleep within five minutes of publishing this post. I’m beat!