I know I’m not alone in my excitement for the opening ceremonies of the 2012 Olympic Games tomorrow. 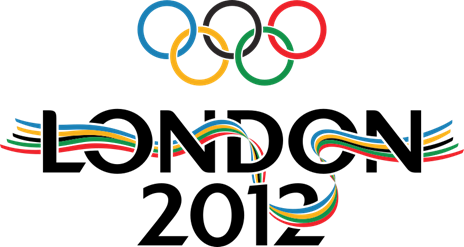 Whenever the Olympics are on and we’re at home, the television is almost always tuned into the latest event.

I love the energy of the Olympics and watching the world’s best athletes is inspiring, gripping and just plain exciting. Ryan and I have been talking about the Olympics for a few weeks now and this morning as we were eating breakfast he started telling me about an article he read that mentioned previous unusual Olympic events.

According to CNN, the 10 strangest Olympic events from the past and present include:

Today’s lunch was so fresh and fantastic that I “mmm-ed” my way through the entire thing. 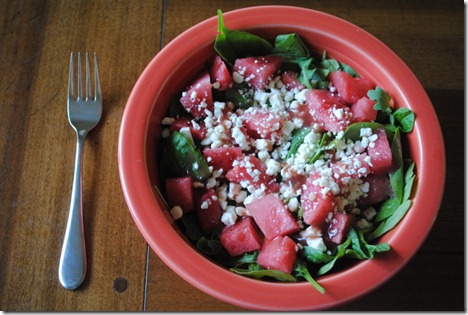 I topped a base of arugula and spinach with watermelon, feta cheese, salt and pomegranate salad dressing. (The contrast of the salt with the watermelon is so good!) 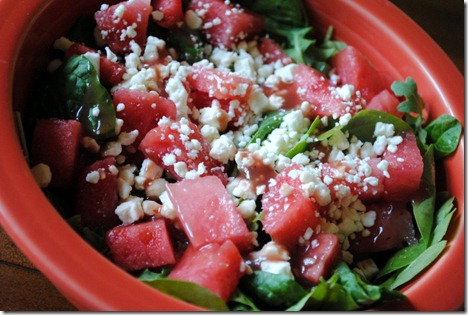 Watermelon + Feta + Arugula = One of my all-time favorite salad combinations

On the side I ate a whole wheat English muffin topped with honey and shredded coconut. 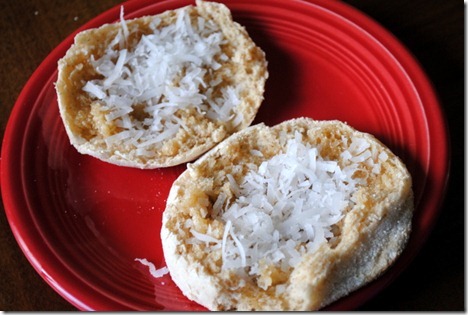 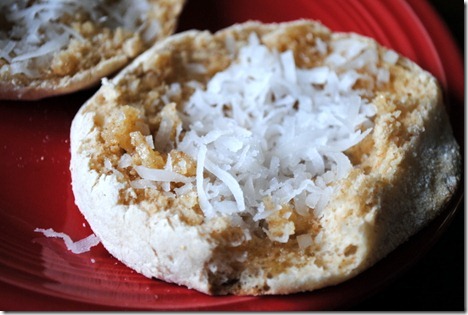 This combination has quickly become my favorite post-dinner snack the past three nights in a row. It’s sweet but satisfying at the same time. Highly recommended!

I’d be all over the swimming obstacle course or trampoline event. Both sound like a blast, though I’m sure they’d totally kick my butt.