Navigation
There’s no need for syrup when you prepare a batch of triple coconut waffles with maple vanilla coconut cream. A homemade batch of whipped vanilla maple coconut cream adds the perfect punch of creamy sweetness to crispy toasted waffles and a sprinkle of coconut chips and flaky coconut give it a crunchy, chewy texture that will have you coming back for more. Thank you to Van’s Foods for teaming up with me for this post! 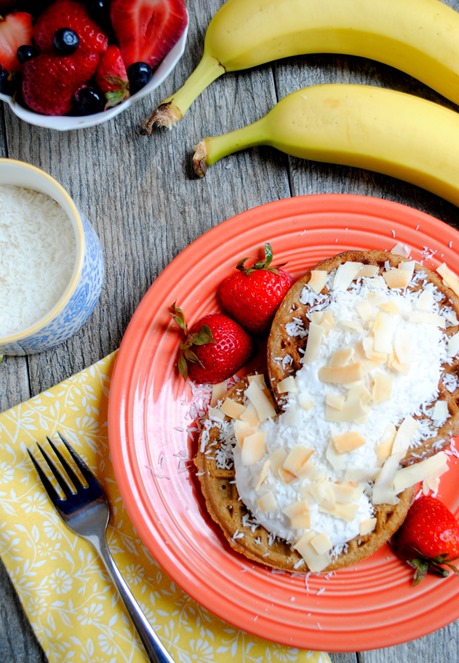 For as long as I can remember, I’ve been a huge sucker for anything coconut. I was the one weirdo kid who got way too excited for Almond Joy candy bars when I would go trick-or-treating while my friends scoffed at the coconut chocolate candy in favor of more traditional candy favorites.

Coconut often finds its way into my breakfast in the form of baked oatmeal, a topping for Greek yogurt or a sprinkle in a protein-packed smoothie but these triple coconut waffles are an extra special treat, worthy of a weekend morning breakfast. 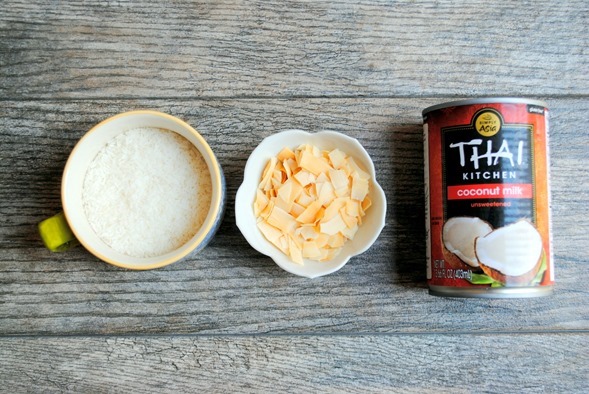 The best part? This recipe is SO easy to make thanks to a tasty base of two lightly toasted Van’s 8 Whole Grains Lite Waffles. 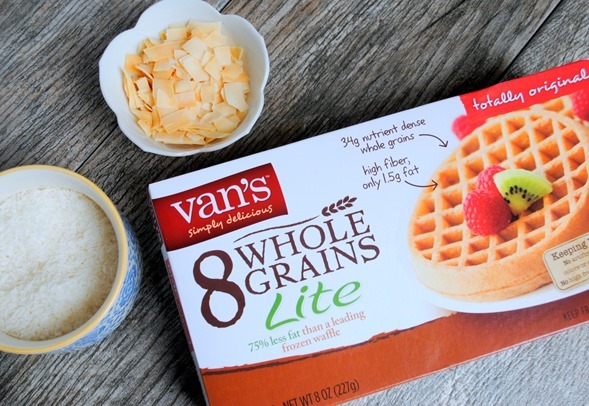 Packed with 34 grams of nutrient-dense whole grains and no artificial colors, flavors or ingredients, the waffles taste fantastic topped with a batch of homemade maple vanilla coconut cream and a sprinkle of crunchy coconut chips and chewy flaked coconut. If you are a coconut lover, please add this breakfast creation to your “must make” list! 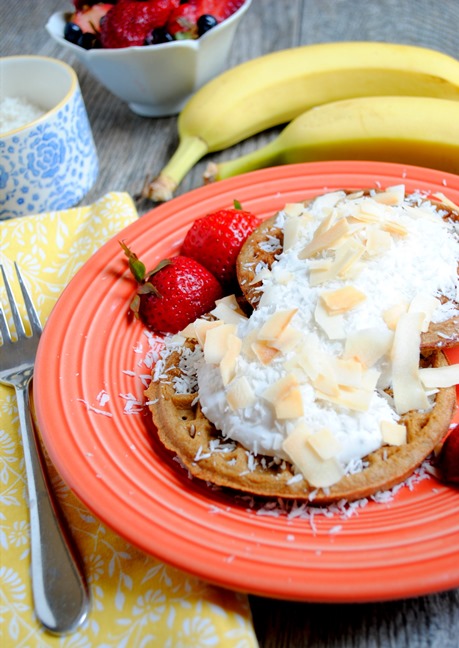 If you haven’t made coconut cream before, it’s definitely worth a shot, especially if you adore coconut and whipped cream. It’s the best of both worlds! I made my batch with a drizzle of maple syrup for a punch of sweetness and a touch of vanilla extract for flavor. Adding a scoop or two of the homemade coconut cream on top of toasty frozen waffles causes the cream to melt down a bit, as it sinks into the waffles and makes them taste oh so indulgent and incredibly tasty.

Serves one (with plenty of coconut cream leftover!) 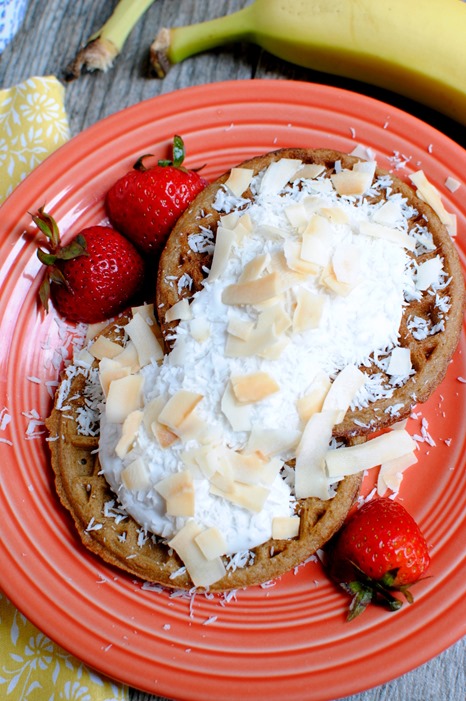 Just in time for back to school, Van’s is offering fans the chance to win a year’s worth of waffles along with three signed cookbooks by Joy Bauer. You may click here to enter!

This is a sponsored post written by me on behalf of Van’s Foods. All opinions are my own. Thank you so much for you support!

« What to Expect at Orangetheory
Things I’m Loving Friday #147 »