Navigation
Hey friends! How are you today? I hope your Wednesday is off to a good start. I wanted to pop in today to share a little glimpse into our Tuesday through food, fitness and fun!

My morning began bright and early with some work. I typically kick off my days by writing on the computer because I’ve always felt like my mind is sharpest in the morning, but I found myself waking up slow yesterday and used my morning time to tackle my horrifically neglected e-mail inbox and create a new PBF Books Page for the blog.

I ate breakfast as I worked which looked like an egg white oatmeal protein pancake paired with a banana (which I ate while preparing my pancake) and a hot mug of coffee made with Fairlife whole milk and collagen. 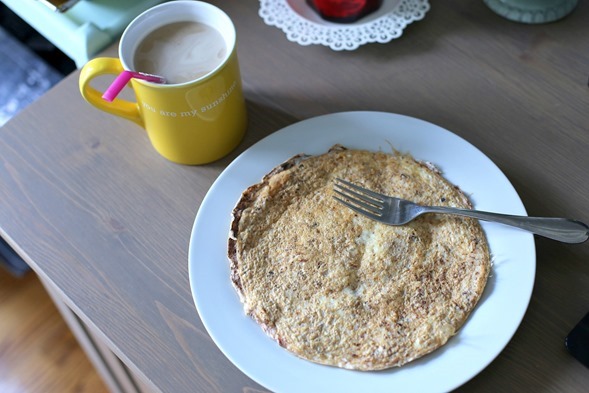 Once Ryan was done with his at-home workout and got back from walking Sadie around the neighborhood, he showered and I said goodbye to him as he headed off to work around 6:45 a.m.

When Chase woke up 15 minutes later, I shifted out of work mode and into mom mode. After changing both Chase and myself out of our comfy pajamas, we headed downstairs for breakfast. I grabbed two Paleo Blender Muffins out of the freezer (one for each of us), microwaved them for 20 seconds and served one to Chase along with a Lollacup full of milk and some spoonfuls of yogurt which he seemed to enjoy. 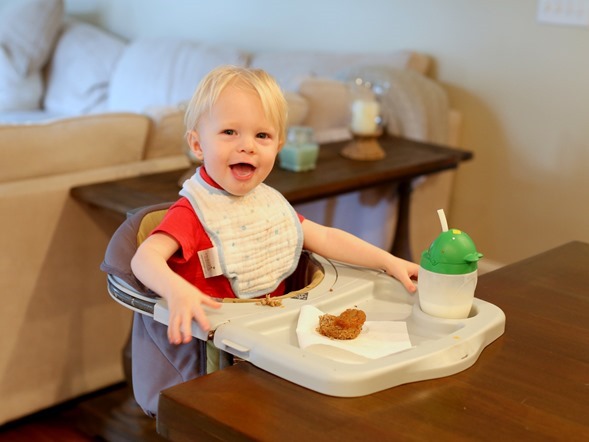 Soon it was time for us to pile into my car and head off to the gym for a cardio conditioning workout. Though my workout was a good one, the highlight of my time at the gym yesterday actually took place in childcare! My friend Lauren and I teamed up to give Miss Lindsey a birthday gift from our kiddos who love her so much. (She’s been watching both of them during our workouts since they were two months old!) We surprised her with a gift card to a local salon and a framed picture of our two toddlers holding up “I Love Miss Lindsey” signs and she seemed to like the surprise a lot!

And just because the outtakes were even better than the photo we chose to frame, here’s one of my favs: 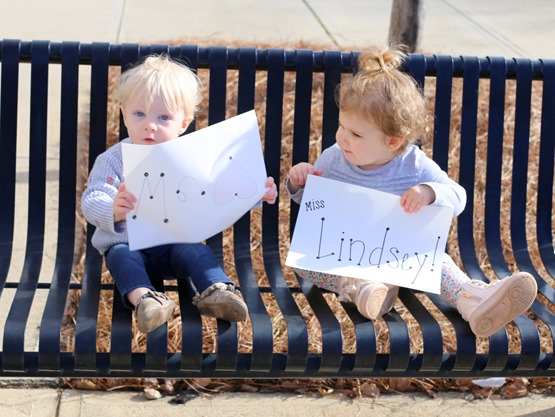 (Even that pic required bribery in the form of Annie’s Cheddar Bunnies.)

After our workout and birthday surprise, I snacked on a Larabar on the way to Gymboree where Lauren and I met up with our friend Carrie for our next activity with the little ones! Chase was in his element at Gymboree and had a blast climbing all over everything. 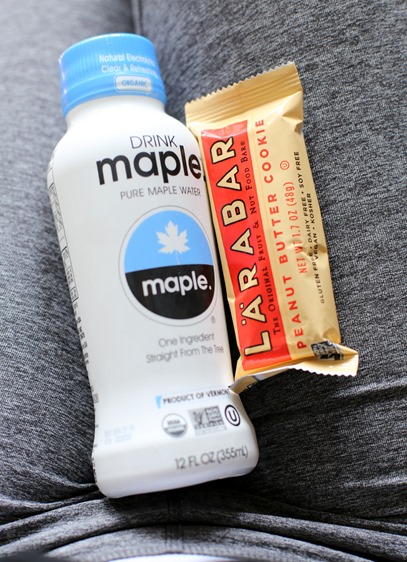 Once Gymboree was over, we drove home and read some books before Chase ate lunch and went down for his nap. While Chase slept, I grabbed a quick shower before setting up everything I needed to photograph an upcoming recipe for the blog. 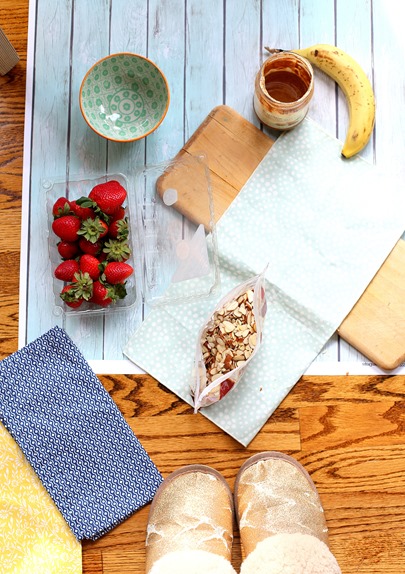 I try my best to get most of my recipe photos done during Chase’s nap which doesn’t always work (hence the little hands you see trying to sneak a bite in this pic), but thankfully yesterday’s photos were complete before he was awake again. I used the rest of Chase’s naptime to get a jump start on this blog post, edit the photos I shot earlier and do some behind-the-scenes blog stuff.

In the middle of all that blog-related fun, I fixed myself a late lunch by reheating some leftover white chicken chili topped with shredded cheese and guacamole and served it with blue corn chips for dipping. 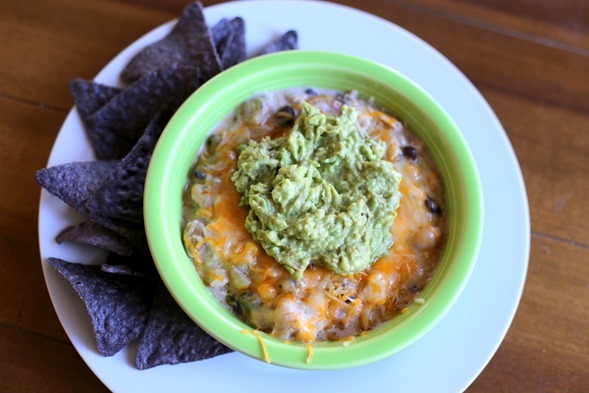 By the time Chase was done with his nap, it was snack time again and after a quick refueling, we were off to take advantage of the sunny 70-degree weather. We joined my friends Carrie and Laura at a local park for some toddler playtime. Apparently the park we chose is located right under a popular place for planes to fly over which meant Chase spent a good portion of our time pointing at “pleenes” and saying “zoom.” His love for cars, airplanes and pretty much any form of transportation knows no bounds these days. 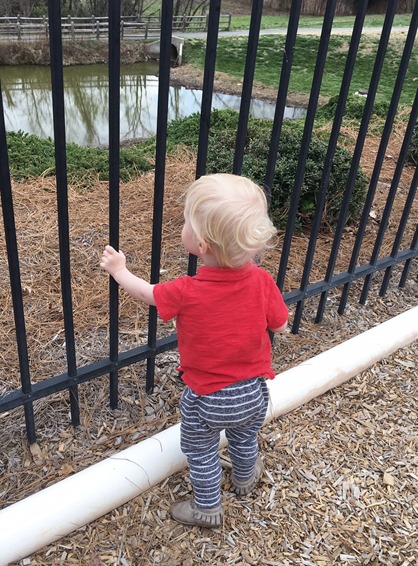 We made it home a little after 5 p.m. and I found a Stitch Fix box waiting for me on our front doorstep. Woop! I quickly sorted through everything and though I haven’t tried anything on yet, I’m most excited about the Laila Jayde cutout top, distressed J.Brand jeans and Fossil crossbody purse. We’ll see what works! 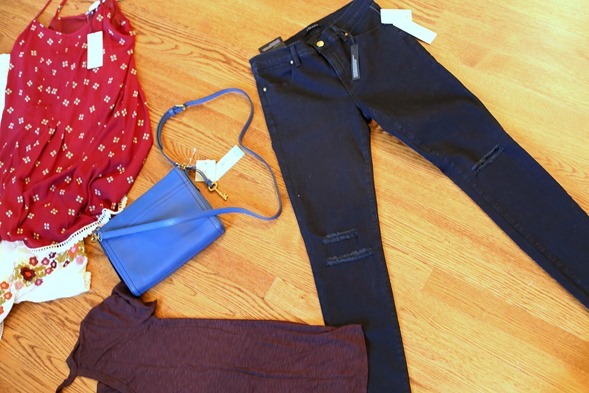 Ryan had to work late last night so Chase and I were flyin’ solo when it came time for dinner. I threw together a quick ground turkey mushroom bolognese sauce (I used an old Blue Apron recipe as my inspiration) and served it over whole wheat penne. 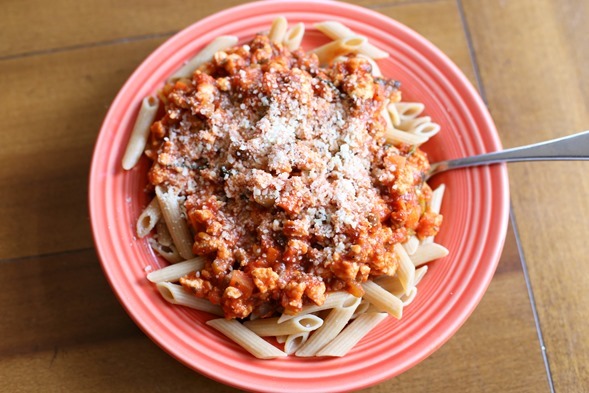 While I loved it, Chase ate a few bites but decided he was more interested in eating a banana and a peanut butter sandwich. (I tried to get some veggies in him but my efforts were in vain.)

After dinner, Chase’s energy was still on fire, so we headed outside to play a bazillion rounds of fetch with Sadie before it was bath and bed time. Chase was fast asleep by the time Ryan arrived home which was a bummer but we still had a nice night hanging out on the couch, eating small bowls of ice cream and watching an episode of Big Bang Theory before heading upstairs to pack for a quick trip to Raleigh today and read before bed. (I started a new book – My Sister’s Secret – over the weekend and I’m enjoying it so far.) I’m pretty sure we were fast asleep by 10 p.m. No shame in our early bed time game!

Chase and I are off to Raleigh this morning to spend a few days with my aunt and uncle! We’ll be back before the weekend so it will be a short visit but I’m really looking forward to it. Hope you guys all have a great Wednesday!