This recipe for Maple Cinnamon Twice Baked Sweet Potatoes is a fresh take on traditional twice baked potatoes that incorporates nutrient-dense sweet potatoes, fragrant cinnamon and a splash of maple syrup for sweetness. This recipe also pairs well with traditional Thanksgiving fare, making it the perfect alternative to traditional sweet potato casserole. Thank you to Food Lion for teaming up with me for this recipe! 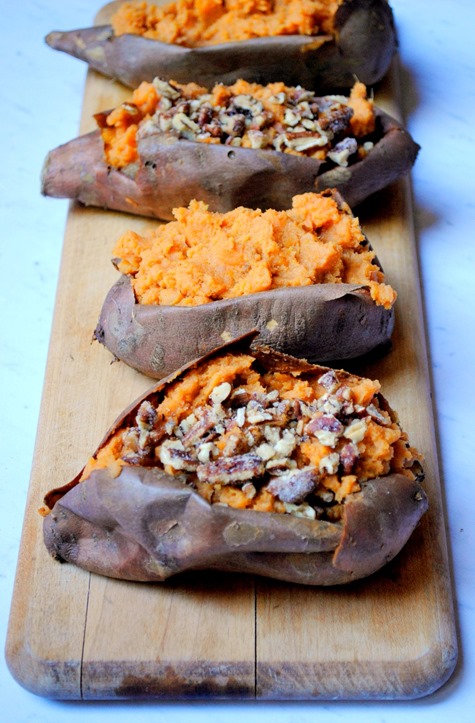 I think many of you out there share my love for the holidays and the FOOD that comes along with some of our favorite holiday parties and gatherings. When I think of Thanksgiving, my mouth begins to water as I imagine the smell and taste of my mom’s homemade stuffing. Christmas morning sparks memories of monkey bread and cheespuff casserole. (<— Please make sure I don’t forget to share that recipe with you guys this year!)

When it comes to Christmas Eve and Christmas dinner, my mom rotates through some of our family’s favorite recipes but my grandmother’s twice baked potatoes typically pop up at least once over the Christmas holiday. When I was a young girl, before I thought to ask about how the baked potatoes were made, I remember wondering why other baked potatoes never tasted quite as good as our Christmas baked potatoes. They were extra special and extra delicious and it wasn’t until I realized the extra steps my mom and grandmother took when they baked the potatoes twice, removing the filling and adding some fresh herbs, butter and more to the fluffy potatoes before returning them to the oven, that I realized there was a reason for the incredible flavor of the Christmas potatoes.

I was recently challenged by Food Lion to create a new Thanksgiving recipe and my mind immediately thought of sweet potato casserole and my family’s twice baked potatoes. Why not try twice baked sweet potatoes!? A hybrid of two of my favorites! 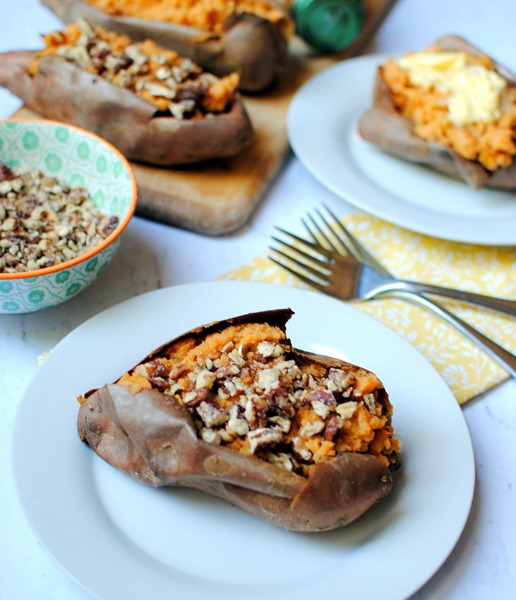 When I set out to make the twice baked sweet potatoes, I gathered everything I needed at Food Lion, including organic sweet potatoes, organic maple syrup, spiced pecans, Kerrygold butter (oh my gosh so creamy and a must-try if you haven’t used Kerrygold yet) and organic cinnamon. 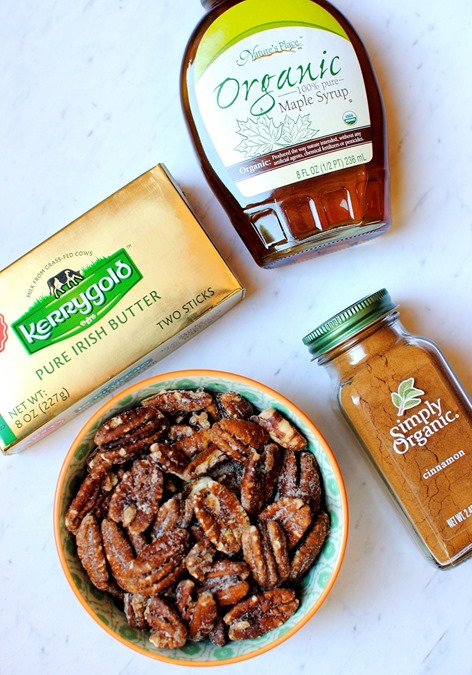 As a former Floridian, Food Lion wasn’t even on my radar until we moved to North Carolina (we didn’t have one near us before when we were in Ocala), but after I first stopped in the store a few months ago, I’ve continued to find myself feeling more and more impressed with their natural, organic and gluten-free offerings. Their organic produce is more affordable than many other local grocery stores and their “fresh guarantee” promises customers double their money back if they ever leave the store unsatisfied after purchasing an item from their produce, meat, deli and bakery departments. I had no trouble finding quality organic sweet potatoes for this recipe at the store and left with a cart full of fresh produce for the week ahead, too!

To make the potatoes, I first baked four medium-sized sweet potatoes for just over an hour. Then it was time to scoop out the filling and add a little maple syrup, cinnamon, butter and salt! 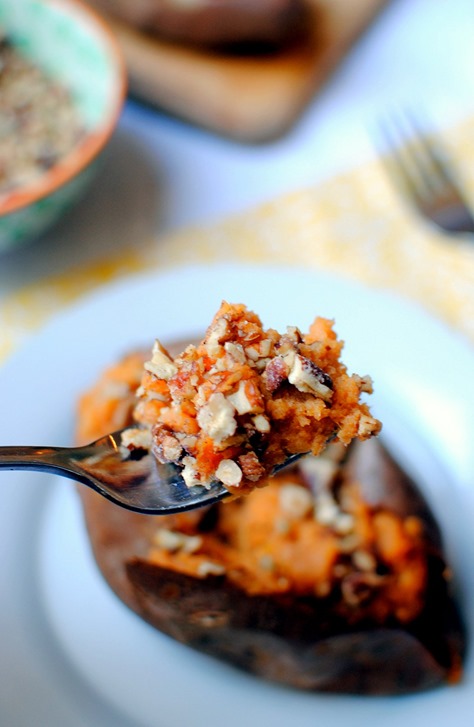 I was initially a little intimidated by the method of refilling the sweet potatoes, but please don’t be scared! It ended up being so easy and even if you rip the sweet potato skin a bit when you’re removing the filling, they will perk back up and hold onto the filling perfectly once they’re refilled. Plus, they don’t have to look fancy and I personally prefer a more rustic look to the twice baked sweet potatoes!

These maple cinnamon twice baked sweet potatoes were such a hit in our house that both Ryan and I were honestly licking the bowl of sweet potato filling as they cooked in the oven again one final time. So tasty!!! 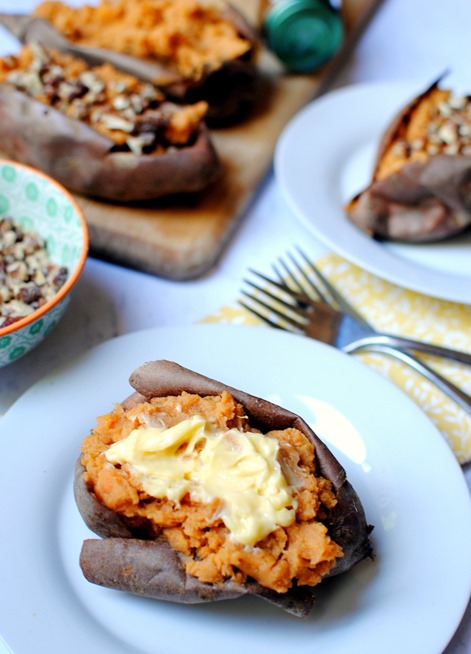 Leave a comment telling me what your favorite fresh take on a Thanksgiving recipe and you will be entered to win a $100 Food Lion Gift Card!

You may receive (2) total entries by selecting from the following entry methods:

3. Blog about this promotion, including a disclosure that you are receiving a sweepstakes entry in exchange for writing the blog post, and leave the URL to that post in a comment on this post

4. For those with no Twitter or blog, read the official rules to learn about an alternate form of entry.

This giveaway is open to US Residents age 18 or older (or nineteen (19) years of age or older in Alabama and Nebraska). Winners will be selected via random draw, and will be notified by e-mail. The notification email will come directly from BlogHer via the sweeps@blogher email address. You will have 2 business days to respond; otherwise a new winner will be selected.

The Official Rules are available here.