Navigation
Around lunchtime on Friday afternoon, I got a text from Ryan telling me about an opportunity he had to head south to Florida with some of his colleagues to help during the aftermath of Hurricane Michael. Reading about the damage and destruction is heartbreaking and Ryan said it truly is devastating to see in person. I hope all of you and your loved ones are safe and we are absolutely thinking about everyone impacted by this terrible storm. (If you’d like to join us in donating to the relief efforts, The Red Cross makes it very easy to donate.)

Going into the weekend, we thought we’d be heading off to a local corn maze and doing some fun fall family things but with Ryan out of town at the last minute, I ended up staying relatively close to home on Saturday and Sunday. To be honest, sleep around here has been pretty horrible (we’re talking worse than the newborn days — the four month sleep regression is no joke) so I wasn’t overly motivated to get out and do too much.

Friday marked our first real glimpse into fall weather and we took full advantage of a cool night and met up with friends at a local park. I think everyone in the Charlotte area was excited about the change in temperatures because people seemed to be out and about all weekend!

Saturday morning kicked off with pancakes and smoothies for me and the boys before Ryder was ready for his morning cat nap. Chase was all about playing with his easel and trains, so I took advantage of a distracted three-year-old and sleeping baby to do a little bit of food prep. It felt a little strange to be cooking up cauliflower rice and Brussels sprouts at 8 a.m., but whatever works, right!? 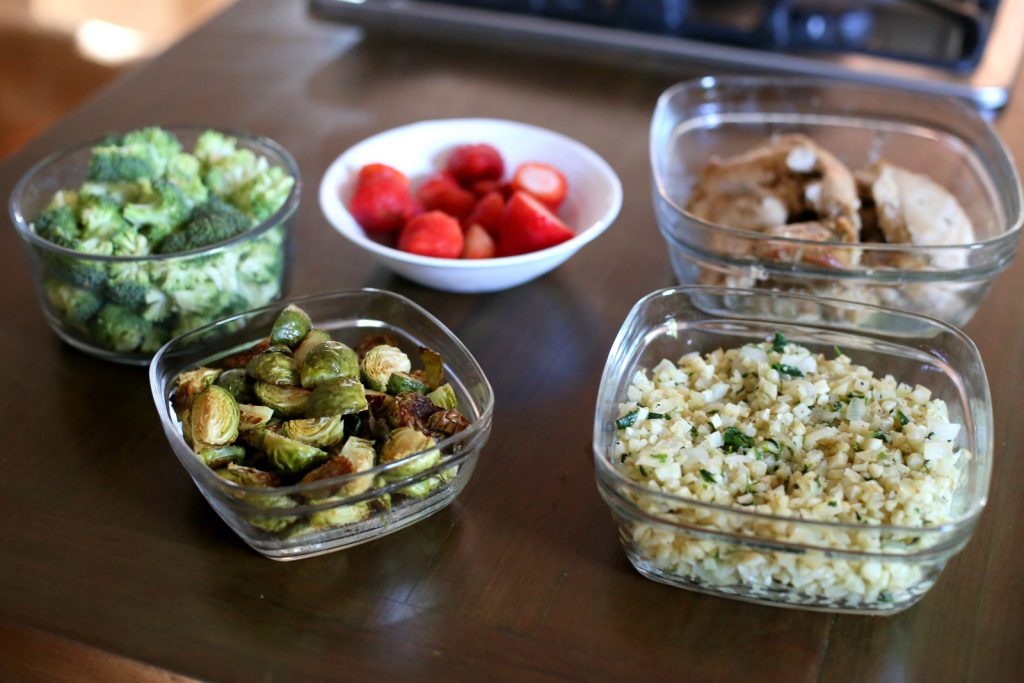 We spent the rest of the morning at the YMCA for a birthday party for one of Chase’s friends. Even though we’re Y members, I had no idea you could have a birthday party at the gym but it was such a great spot and Chase loved playing basketball and soccer and tumbling all over the gymnastics floor. 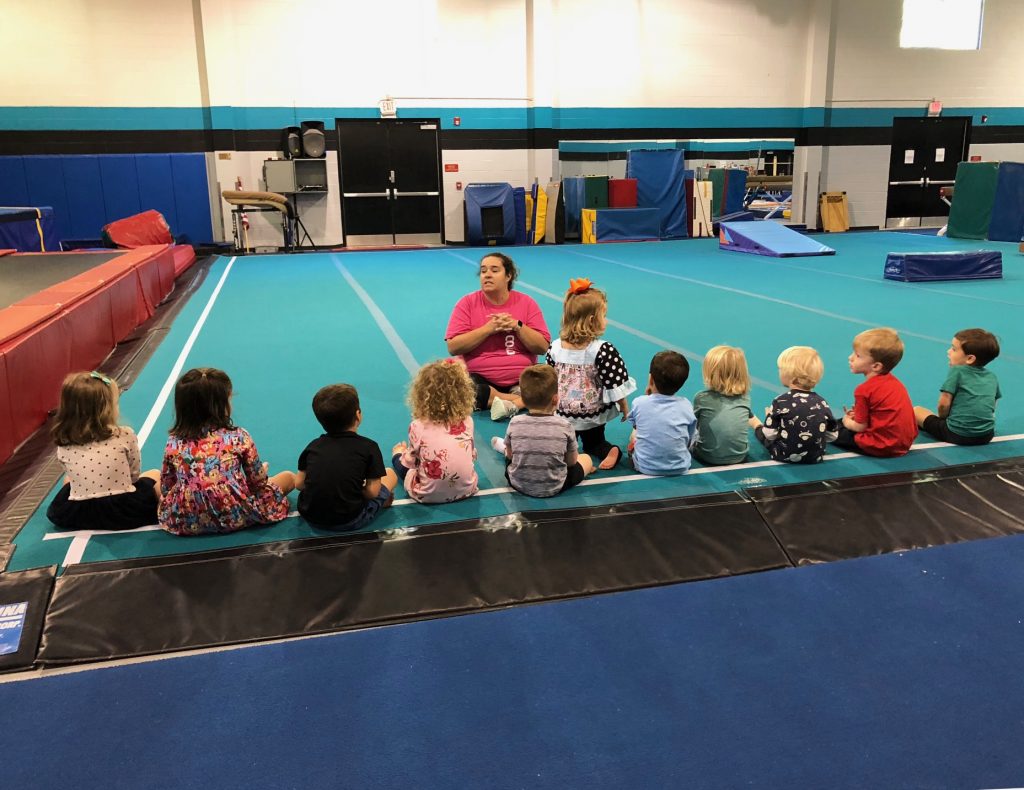 Fortunately we’re still at the age when a lot of Chase’s friends’ parents are our friends, too, so I had a lot of fun chatting with my friends at the party as well.

After the party, we quickly popped into Great Clips because Chase was in desperate need of a haircut. He spotted the big bowl of lollipops the minute we walked in the door so you better believe he was quite the well-behaved little man as he had his hair trimmed since he knew a lollipop was on the line! 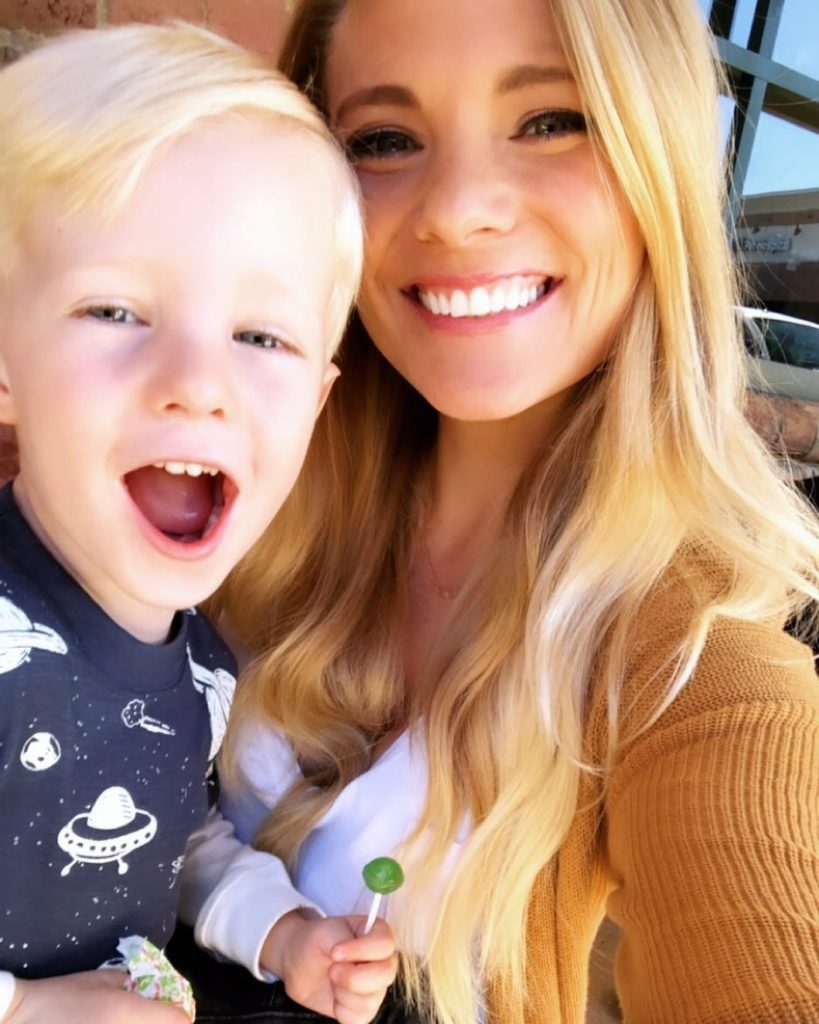 Once we made it home, I did my best to get a snack in Chase (lunch was served at the party) and settle him down for a nap which ended up being a good deal later in the afternoon than usual thanks to our busy morning. This meant we didn’t have a huge window of time open in the afternoon so once Chase was up, I scrapped all intentions I had of heading out to a local park in favor of spending the evening at home in our pajamas. 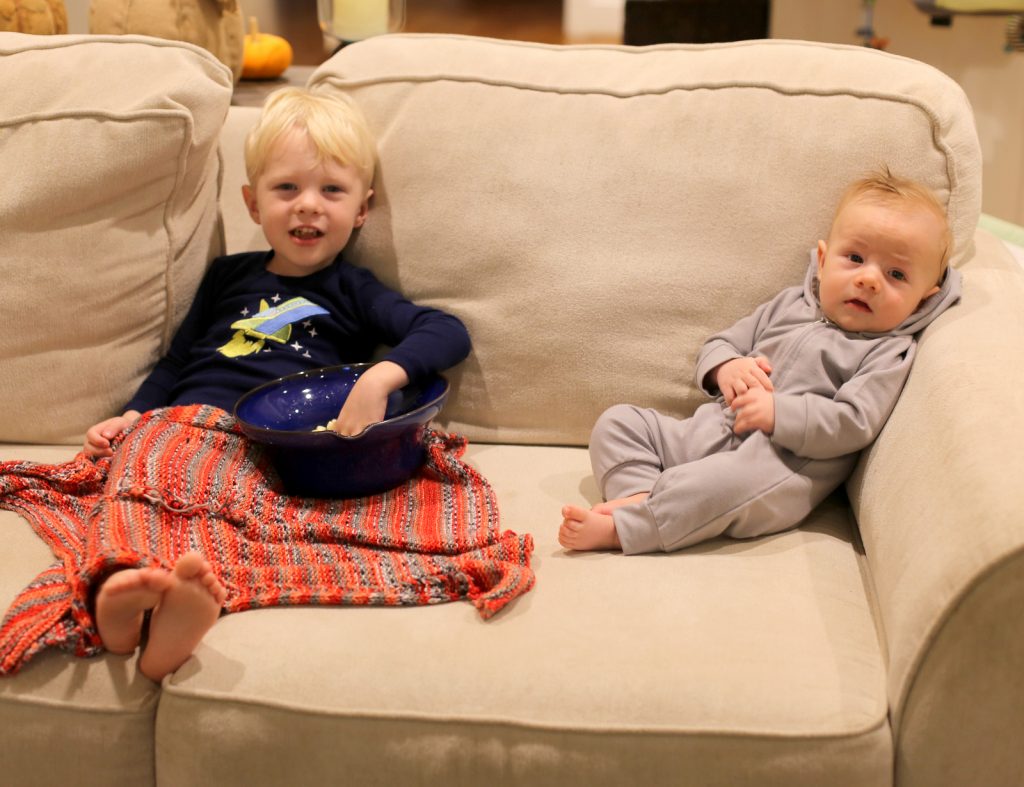 Sometimes cozy nights in are where it’s at for both parents and kiddos!

Sunday morning began with one very sleepy mama. Ryder was up a bunch in the night — not just to nurse but to party — and I felt like a bit of a zombie going into the day. 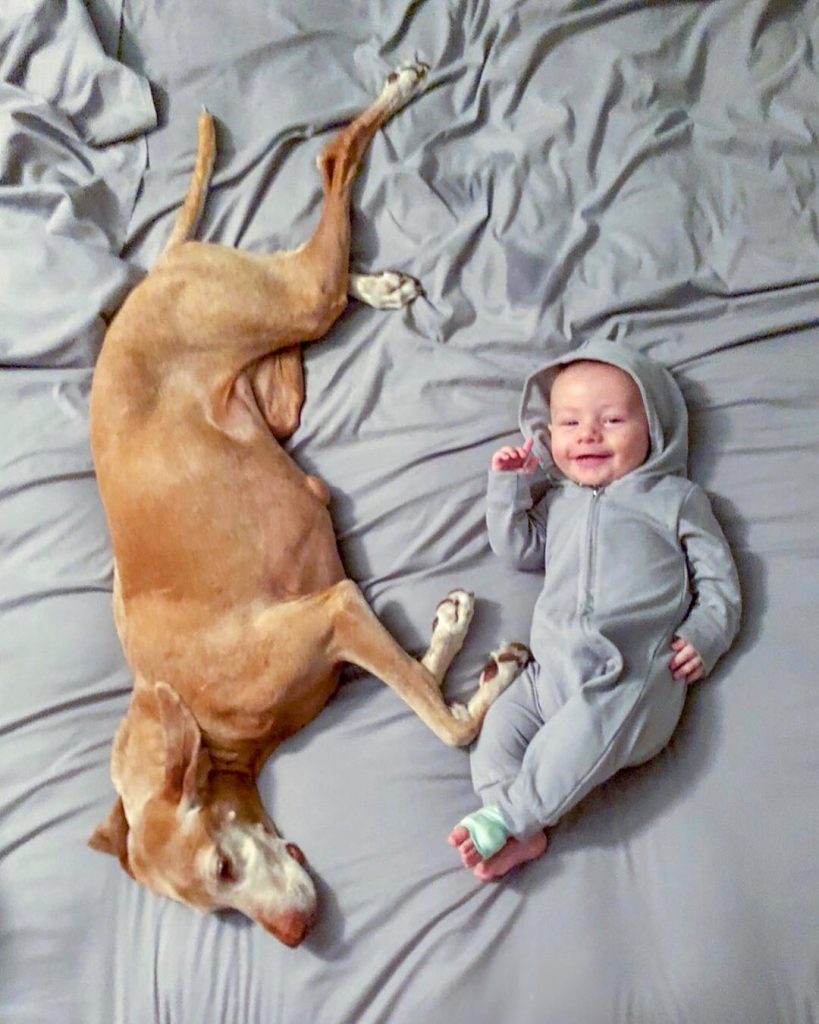 I was determined to make it out to the early morning church service with the boys and that actually ended up being our only outing of the day. We are normally quite go, go, go which I admittedly love but I also really felt like I needed a laid back weekend. Thankfully Chase and Ryder seemed into my plans and we filled our Sunday with cozy at-home activities.

We made pumpkin granola for our family and Chase’s teachers… 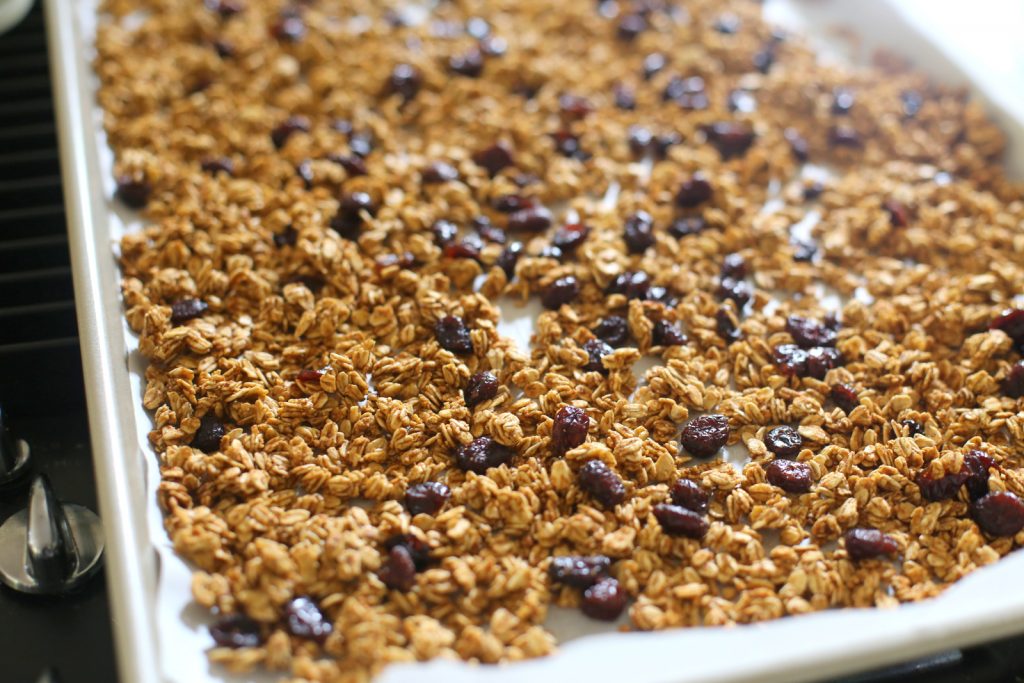 Played lots of rounds of peek-a-boo… 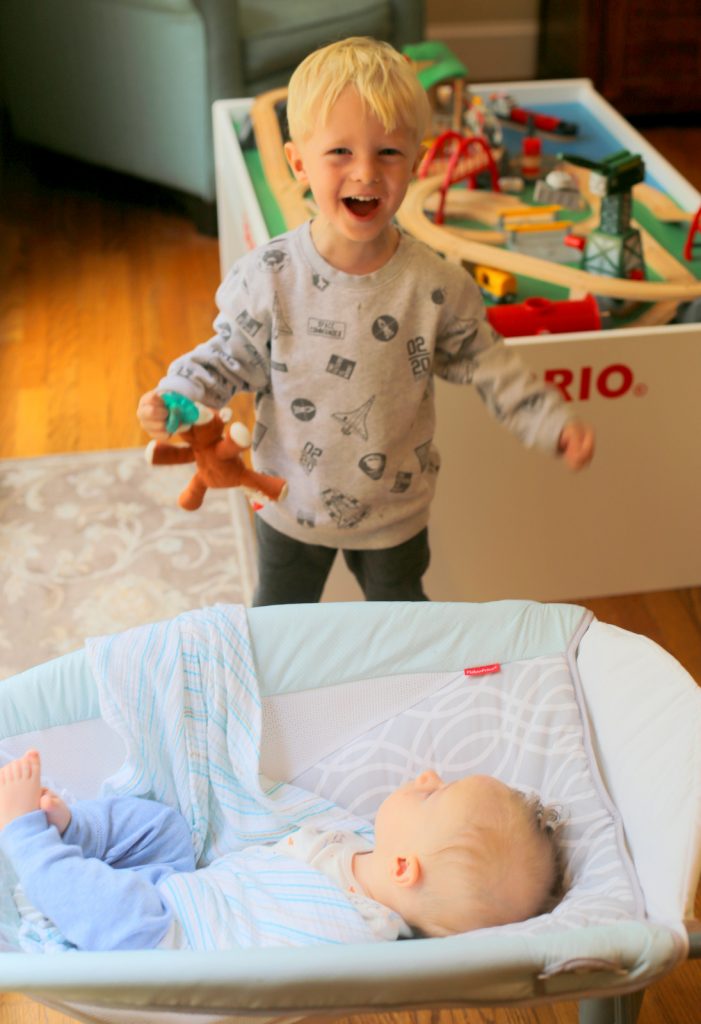 And I took full advantage of nap time on both Saturday and Sunday to get some work done. I’m always amazed at just how fast our days fly by right now (with the exception of afternoons when both kids are fussy — those last years) and I feel like this weekend came and went in a flash. 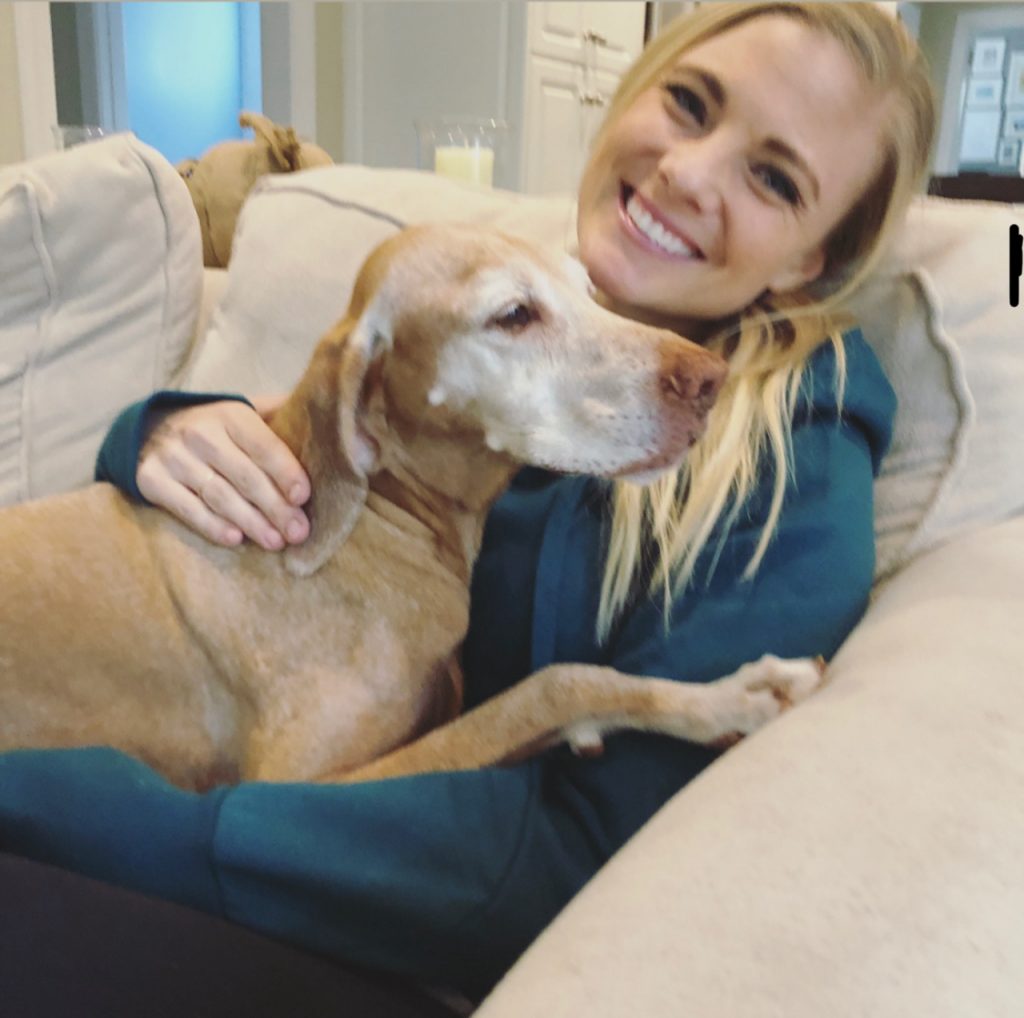 (Hats off to Chase for snapping the above picture! Even though Sadie didn’t say “cheese” like he instructed and the pic is a bit blurry, I’m kind of impressed!)

The week ahead should be a good one around here. There’s the usual weekday routine — preschool, bloggin’, gym, etc. — but also a few random fun plans sprinkled in the mix. Ryan’s best friend from college, Dru, is staying with us one night and I have dinner plans with my small group friends to celebrate my friend Laura’s baby boy another night as well. Now I’m off to get this Monday morning hoppin’.

I hope you all have a great week!!