This morning’s workout was so much fun!

My sister, Leslie, arrived in town a little after 10 p.m. last night and was game for an early morning workout, so around 5:15 a.m., we headed to the gym to work up a sweat.

Ryan, Leslie and I began with 20 minutes on the elliptical before Leslie and I hit the weight room to do three sets of 15 repetitions of the following upper-body exercises:

We also threw some ab work in there and were feelin’ the burn!

While at the gym we had three different people come up to us saying they knew immediately that we were sisters. Leslie and I laugh because people either think we look so much alike or nothing alike at all. Apparently in our twin spandex capris and ponytails we looked alike this morning.

One thing is for sure… we have the same lame amazing dance moves. 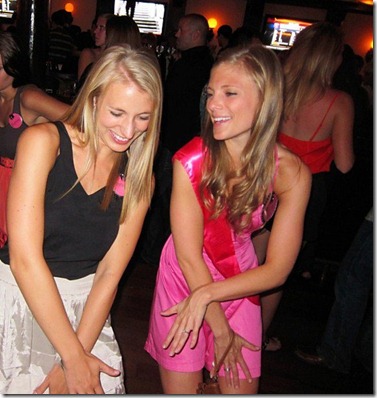 I’ll never forget drunk dancing in a bar during my bachelorette party and looking over to see my sister doing the exact same moves. We’re a treat!

After the gym, we came home and each enjoyed a yummy egg sandwich and some corn Chex cereal for breakfast. 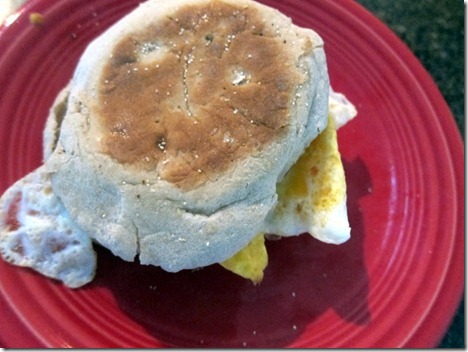 We wanted to have a hot breakfast because the temperatures dipped into the 40s last night and Leslie and I wanted to take Sadie on a walk after breakfast with warm food in our bellies!

Since vizslas don’t have an undercoat, they’re very sensitive to cold temperatures, so we bundled Sadie up in her pink puffer vest before heading out. 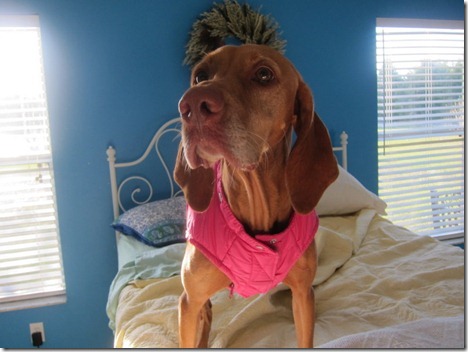 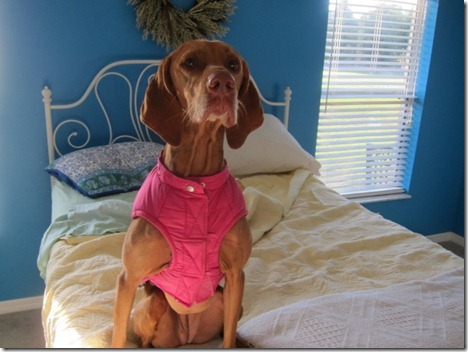 It cracks me up how much this dog loves clothes. She literally places her paws into jackets and gets so excited when she knows we’re going to put her in a sweater or t-shirt. Maybe that’s another reason she loves the Thundershirt?

Our walk was cold, but fun. I loved having my sister to talk to… not that Sadie isn’t a riveting conversationalist.

Off to hang with my sister!

We have big plans for the day… 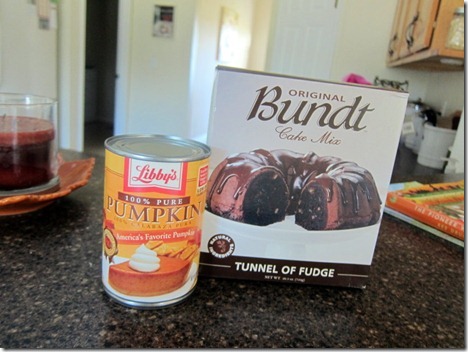