Navigation
I have a rather random blog post topic in store today, but we’ll get to that in a second. First up: Breakfast!

It is 27 degrees in Charlotte right now so you better believe a h-o-t breakfast was mandatory this morning. No smoothies in sight for this girl!

I prepared a bowl of my egg white oatmeal and topped it with a sprinkle of cinnamon and pumpkin seeds. 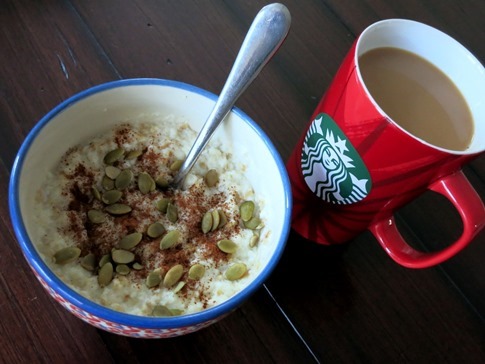 Plus a steaming mug of mocha mint coffee on the side!

What Song Would You Sing?

Last night, as Ryan and I were curled up on the couch watching The Voice, I asked him what song he would sing if he were going to try out for the show. Neither of us are blessed with amazing vocal talent, so I posed this question under the assumption that we would magically appear on The Voice stage with a fabulous voice capable of belting out a beautiful song. 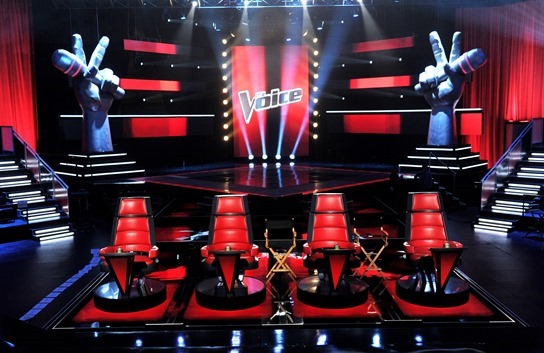 We had quite a good time chatting about various songs and in the end here were our final selections:

We both agreed it’s important to pick fairly recognizable songs because that definitely helps the crowd get into the auditions. (We also thought Walking In Memphis – the Lonestar version – would be a solid song selection.)

So now I ask you the same question…

« Final Burn
How To Make A Gallery Wall »