Navigation
Hiii! How are you guys today? Is it just me or is the holiday season flyin’ by!? It’s a busy time of year and I cannot believe we only have 17 days left until Christmas. Time needs to slooow down!

I wanted to pop in this morning to take you through a run-down of a random Wednesday around here. Let’s start at the beginning, shall we?

My morning began around 5 a.m. when I awoke to Ryan’s alarm. I typically get up when Ryan does and work while he works out so I can get a jumpstart on the day before Chase is up and ready to party. I ate a whole wheat pumpkin muffin at my computer and about an hour and a half later, I began to hear noises coming from Chase’s bedroom.

When I walked into Chase’s nursery, I was greeted by a little monkey in Christmas jammies with some serious bedhead. Whenever we put Chase to bed with wet hair after an evening bath, he always wakes up with the craziest hair and it cracks me up. Our little fluff ball! 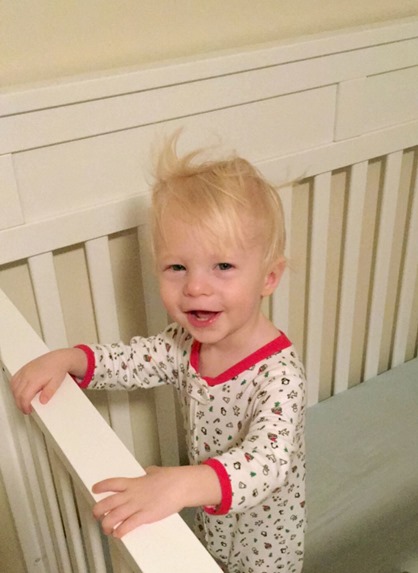 Once Chase’s diaper was changed and he was dressed for the day, we headed downstairs for muffins, milk (for Chase) and coffee with collagen and whole milk (for me). 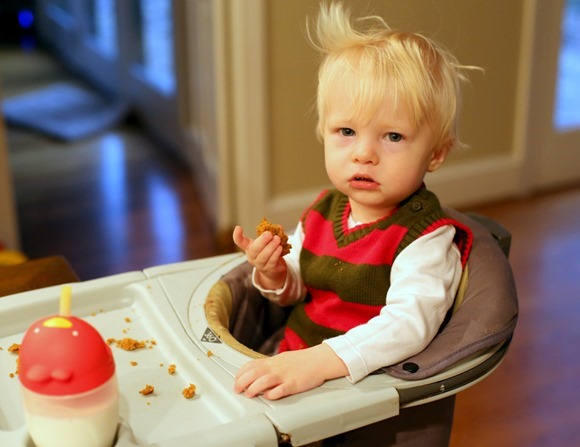 (That haaair! I promise I fixed it before we left the house. I think Chase was also skeptical of my real camera as opposed to my iPhone which I use to take 99 percent of his pictures. He was not havin’ it.)

I also ate two pieces of a cold frittata straight out of the Tupperware container to avoid any extra dishes. (Real life, my friends.) 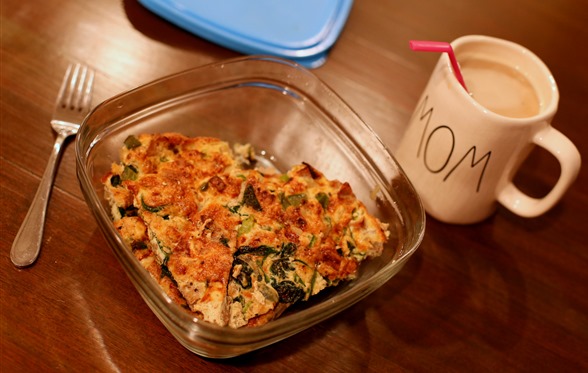 After breakfast, we spent the next 30 minutes or so reading books and playing indoor fetch with Sadie until it was time for me to change and brush my teeth before boot camp. Chase loves watching me brush my teeth and trying to brush his own and I’m hoping his affinity for oral hygiene lasts forever.

We headed off to the gym at 8:15 a.m. and while Chase had fun with his Burn Boot Camp childcare buddies, I worked up a sweat with my friend Carrie during a chest and back strength workout. 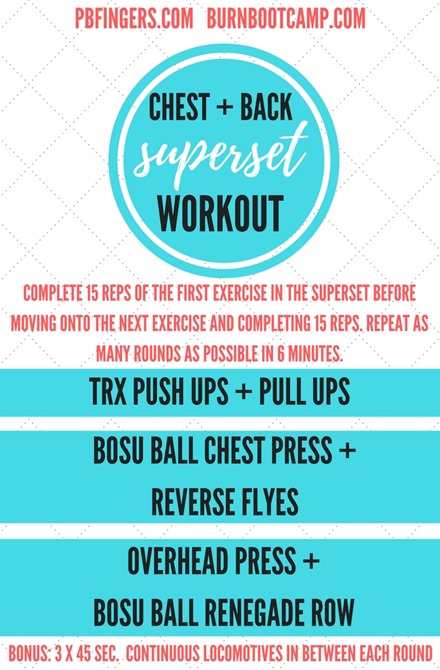 It felt good to move my body and I left the gym feeling 10,000 times more energetic than I felt when I arrived. One of the many benefits of exercise, my friends!

After my workout, Chase and I split a Larabar and ran a couple of errands. I needed to pick up food, drinks and random supplies for a white elephant gift exchange I hosted for a handful of my girlfriends last night. (Side note: Why is it impossible to find solid white paper cups!? Every cup I found that wasn’t styrofoam had some horrible design on it. This is why I typically use Amazon Prime for ALL the things. They never let me down. Julie + Amazon = Forever.)

We were out for a little more than an hour and that was enough to exhaust my little shopping buddy because he fell asleep in the car on the way home. Nooooo! Chase used to transfer to his crib so well when he’d fall asleep in the car but now car naps basically function as “power naps” and give him a surge of energy.

Once we made it home, Crazy Chase came out to play. After I did my best to feed him a quick lunch, Chase ran all over the house trying to rope Sadie into playing with him which kind of worked when she realized he had peanut butter on his fingers leftover from his lunch. (Every member of the Fagan family is a serious peanut butter lover.)

While my two babies (one furry, one not) entertained each other, I quickly reheated Monday night’s dinner leftovers for lunch at 10:45 a.m. No shame in my early lunch-eating game. I added shredded chicken thighs to my Blue Apron sweet potato curry and it was delicious and filling! 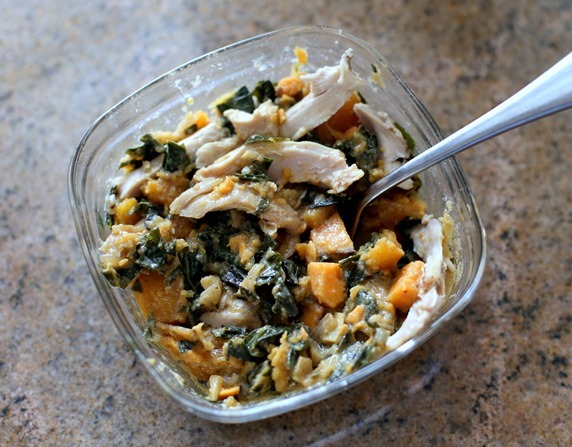 After lunch, I chopped an onion and let Chase transfer it into the large sauté pan I was going to use to cook the onion and brown ground beef for chili for dinner. (He’s all about transferring things from one place to the next right now and loved this little activity.)

Eventually it was time for Chase’s nap, so immediately after I placed him in his crib, I high-tailed it into our bathroom for a much-needed shower. I had just enough time to shower and throw on some clothes before Chase started crying a “Mama, I need you” cry, not a fake “I’m gonna whimper because I don’t want to nap even though I know I need to” cry. I went in to see what was up and found Chase standing up with no pants on, a poopy diaper and all of his Wubbanubs out of his crib. He was clearly up to a lot in the 10 minutes he was alone!

I changed him and we read a book together before I gave naptime another shot. The second time was a charm! He went down easily and I finished prepping the chili I started with Chase and transferred the ground beef to the crockpot before reheating my morning cup of coffee (story of my life) and parking myself in front of the computer for the next two hours. 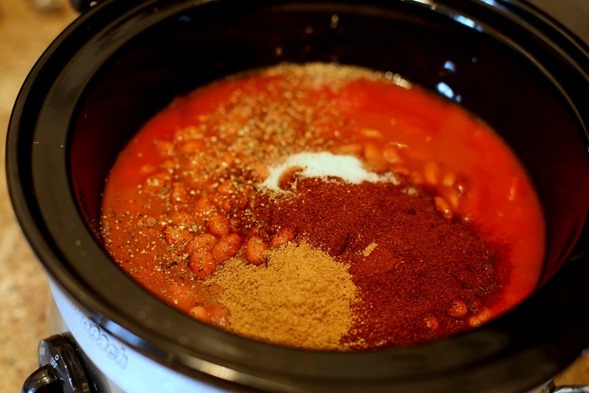 I followed up on some time-sensitive emails regarding partnerships for 2017 and started typing up this post. Before I knew it, Chase was up and ready for playtime again!

When I heard him start to stir, I ate a banana and quickly made an egg white oatmeal protein pancake to inhale before he was officially up. 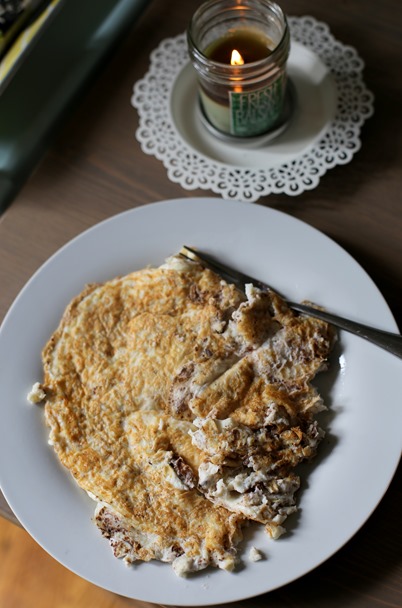 (Sorry for the third ugly food pic in this post. I’m on a roll today!)

Once Chase was up, we stayed close to home since I had some stuff I wanted to do around the house before my white elephant party. Chase definitely does better when we leave home after his nap so I did my best to keep him entertained with random mundane things I hoped would interest him and thankfully I found a winner! 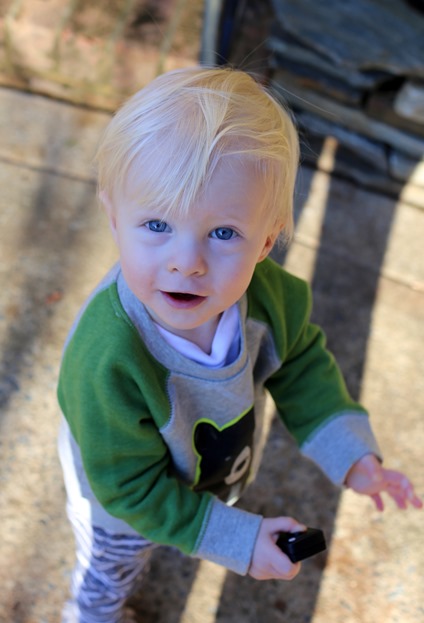 Even Sadie wanted in on the action! 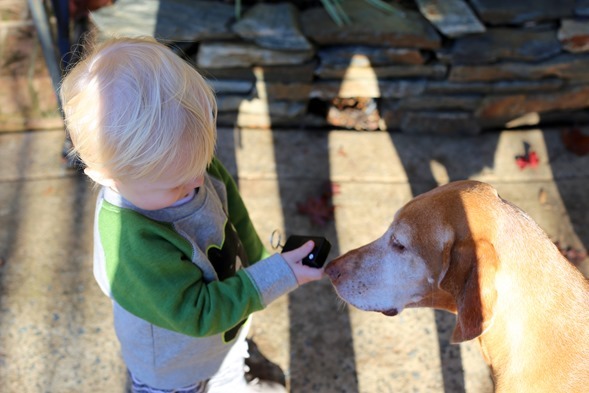 Thankfully the remote kept Chase entertained while I looped some garland around outside to give our house a little festive holiday flare!

Once we came back inside, I flip-flopped between party prep (aka cleaning) and entertaining Chase until Ryan arrived home from work and I was able to fix my hair and put on something more presentable than a sweatshirt covered in peanut butter fingerprints. 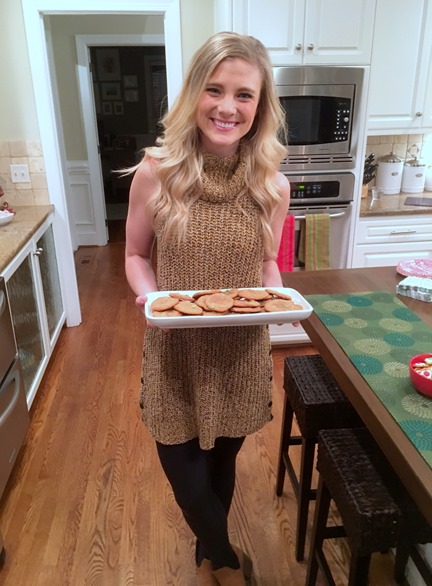 The three of use ate chili for dinner before it was time for Chase to go to bed around 7 p.m. I had just enough time to say goodnight to my little man before my girlfriends began to arrive for our white elephant gift exchange! 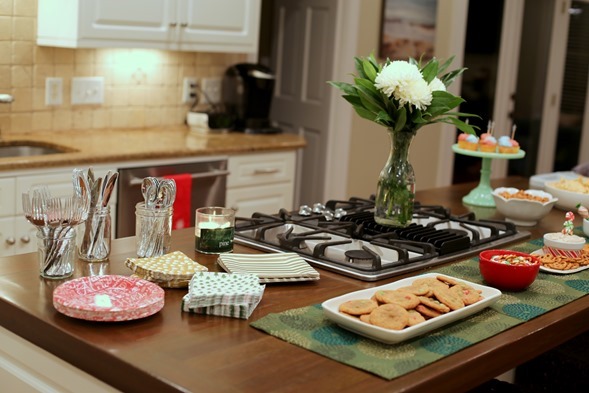 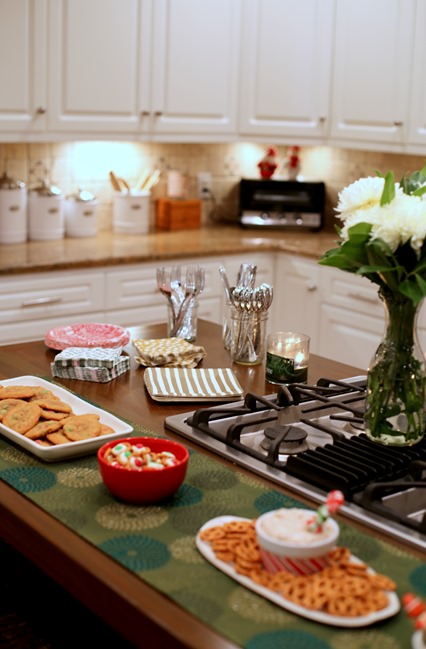 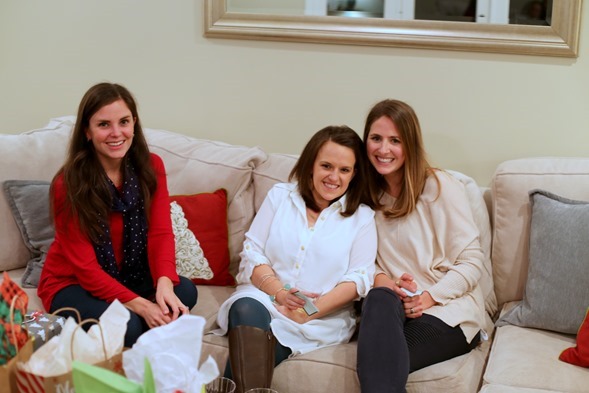 Everyone brought a gift and we had the best time unwrapping presents, stealing gifts, eating, drinking and laughing a ton! (In case you don’t know how a white elephant gift exchange works, everyone brings a gift and numbers are drawn to determine the gift selection order. When it’s your turn, you can either “steal” one of the previously opened gifts or open a new gift.) 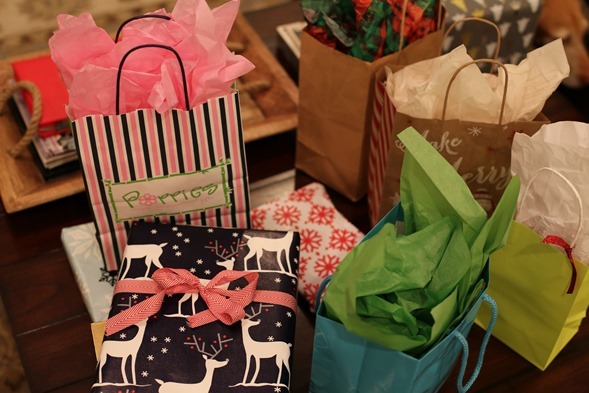 I walked away with a cute Christmas mug and peppermint sticks and was quite the happy camper!

It was such a fun and festive night and the perfect way to end a random Wednesday in December.

Thanks for coming along for the ride!