A sweet, salty and deliciously moist cornbread, this winning cornbread recipe is the perfect accompaniment to a hot bowl of chili or chicken noodle soup. It’s a crowd-pleaser (a chili cook-off winning recipe!) and this easy cornbread recipe is even worthy of serving along with your Thanksgiving dinner! 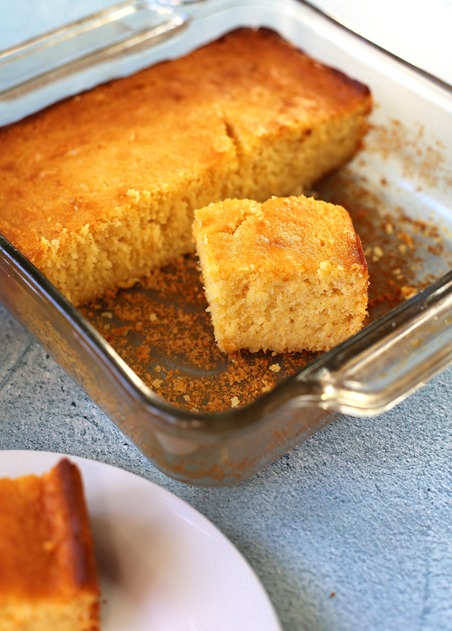 A few years ago, back when Ryan and I were living in Orlando, we entered Sadie into a neighborhood Doggie Derby competition. We learned about the event from someone at our favorite local dog park who said he thought Sadie would do fantastic in the race. When we heard about the format of the informal race – someone stands at the start line with the dog while another person calls the dog at the finish line – we had high hopes for our little speed demon. Sadie is incredibly motivated by running to me or Ryan when we call her and after several rounds of racing, Sadie ended up winning the entire competition. I’d try to play it cool and say we thought it was no big deal but we were two excited dog parents beaming with pride that day! And guess what? Sadie even got a trophy for her win!

Ever since Sadie’s Doggie Derby victory, Ryan and I have an ongoing joke that she’s going to be the last member of our little family to win any kind of award. Now that I think about it, we should probably stop making this joke since our family has expanded and we now have a toddler. I’m assuming Chase will win something at some point, right? At least a “Best Attitude” award which is what I got when I was on the swim team my freshman year of high school. (That should tell you something about my talent level in the sport.)

Well, the tides turned for the Fagan family last Saturday evening when I shockingly won something. A REAL competition! Well, kind of. I won an annual chili cook off party’s prize for Best Cornbread. Does that count as “real?” Please let me have this one, you guys. There were 50(ish) people there and everyone had to cast votes to determine the best chili and best cornbread of the evening, so I’m going to go ahead and milk this one for all its worth. 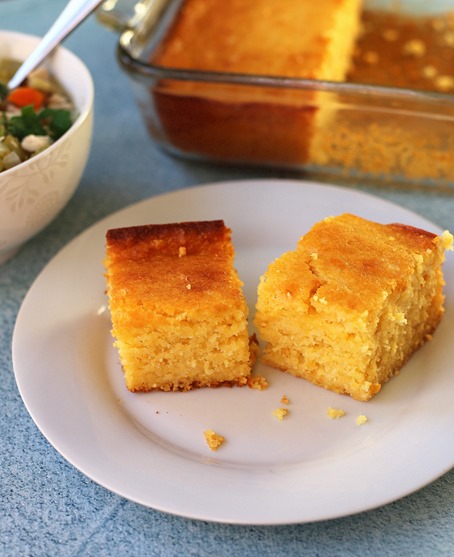 Truthfully, I cannot claim the credit for my winning cornbread. I owe it all to you guys because three of you recommended the same cornbread recipe to me when I put a call out on the blog for recipe recommendations before the chili cook off. I personally prefer cornbread that is slightly sweet and a bit salty. I’m not as into the whole jalapeño or cheesy cornbread thing and when I saw three people recommended a recipe involving creamed sweet corn, the recipe immediately caught my eye.

I did some digging and cannot find the original source of the recipe. It just kind of seems to exist on the internet which often seems to be the case with tried-and-true recipe favorites. While I followed the base of the recipes to a tee (Jiffy cornbread muffin mix, sour cream, creamed corn), I added a little more sweetness to the recipe in the form of honey. I also added a bit of pink Himalayan salt both to the batter and on top of the cornbread before baking. I think both of these small additions ended up making a pretty big difference so I wanted to share my version of the recipe with you today!

I know we’re right in the middle of cornbread seasons (is that a thing?), so keep this recipe in mind the next time you find yourself whipping up a batch of chili or chicken noodle soup. It’s the perfect slightly sweet and savory side dish to get you through the chilly fall and winter months!

Also, this may be a little bold, but I think this recipe is good enough to make on Thanksgiving as well. Yep, I said it. And I only said it because when I baked another batch of this cornbread to photograph for the blog, I ended up eating two whole rows of it while I snapped away. I couldn’t stop! 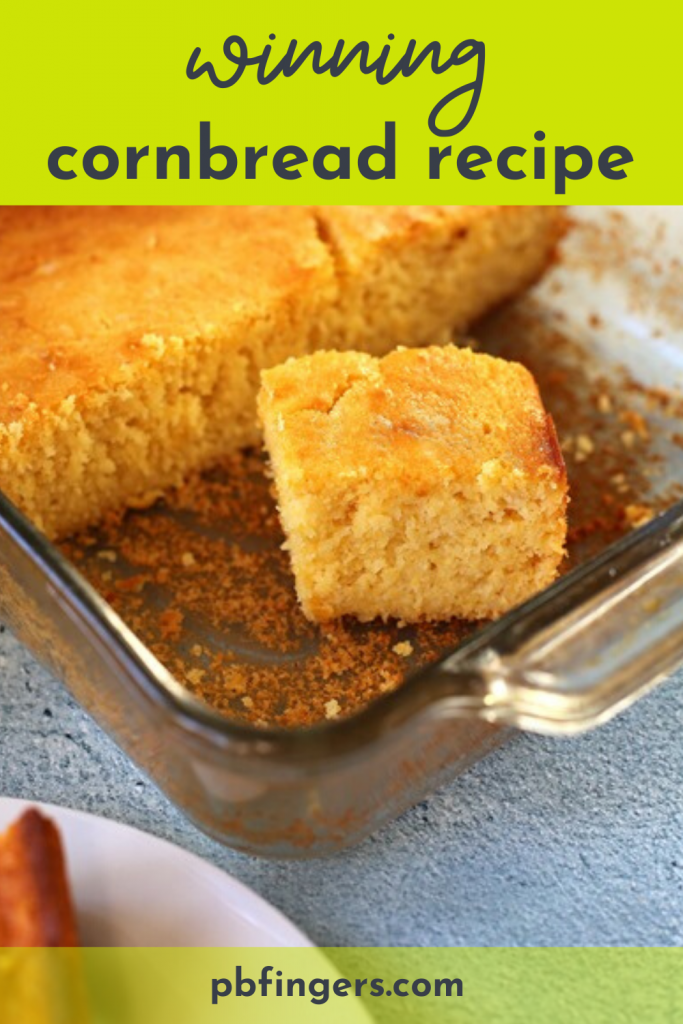 A sweet, salty and deliciously moist cornbread, this winning cornbread recipe is the perfect accompaniment to a hot bowl of chili or chicken noodle soup.

What was the last award or competition you won? What was the silliest/most random award you’ve won?

« A Quick Trip to Michigan
Tuesday Eats and Adventures »