Navigation
Whenever I see some form of risotto on the menu at a restaurant my eyes light up.

I’m not quite sure why I’ve never attempted to make my own, but tonight seemed like a good night to give it a go.

I followed a Health.com recipe for shrimp and zucchini barley risotto that I printed off a while ago but never got around to making.

That seems to happen to me a lot. I always flag recipes and forget about ’em a day later!

Tonight I was committed to making the risotto and purchased all the necessary ingredients at the grocery store with Ryan after work.

I was immediately intrigued by this particular risotto recipe because it called for barley rather than rice. I have never been much of a rice girl but I adore the nuttiness of barley.

The risotto came together pretty quickly and smelled heavenly.

Once it was ready, I served the risotto in a bowl on a bed of steamed broccoli. 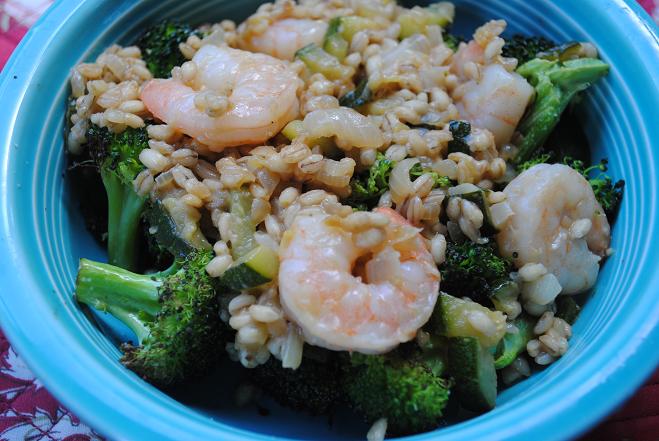 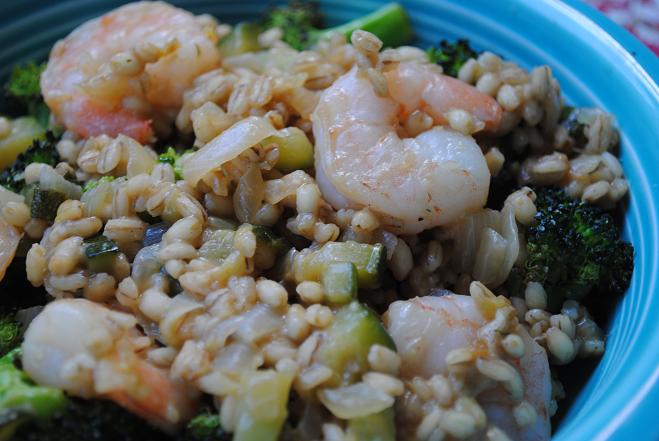 Both Ryan and I gave this recipe two enthusiastic thumbs up.

I actually omitted the butter from the recipe and it still turned out savory, creamy and rich.

I will definitely be making this one again! 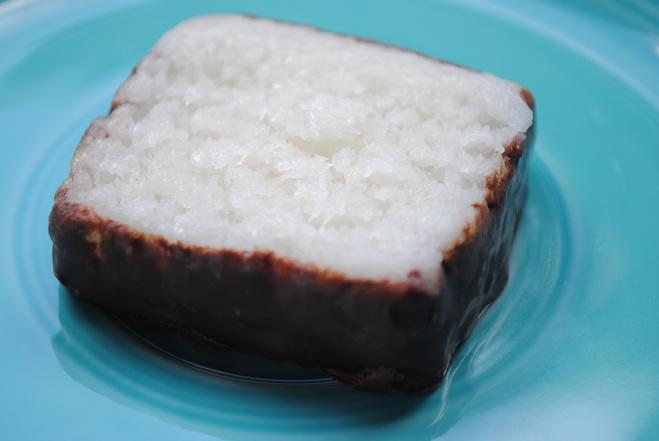 I enjoyed a coconut square, dipped in dark chocolate that Ryan brought back for me from his hiking trip.

It was sweet, sticky and the perfect conclusion to a yummy dinner.

Now we’re off to go pick up our save the dates from the printer! I can’t wait to see ’em! 😀

1. Bring broth to a simmer in a medium saucepan; keep warm.

3. Stir in 1 cup broth; cook 5 minutes or until liquid is nearly absorbed, stirring frequently. Stir in 1/2 cup broth and salt. Add remaining broth, 1/2 cup at a time, stirring frequently until each portion of broth is absorbed before adding the next (about 25 minutes). Add shrimp; cook 4 minutes. Stir in cheese, butter, and pepper.

Click here for seven healthy risotto recipes from Health.com, including the recipe detailed above.