A perfectly fluffy and oh-so-creamy recipe for maple cinnamon whipped cream with just the right hint of pure maple syrup, vanilla and cinnamon. Enjoy this delicious topping on everything from ice cream to apple pie! 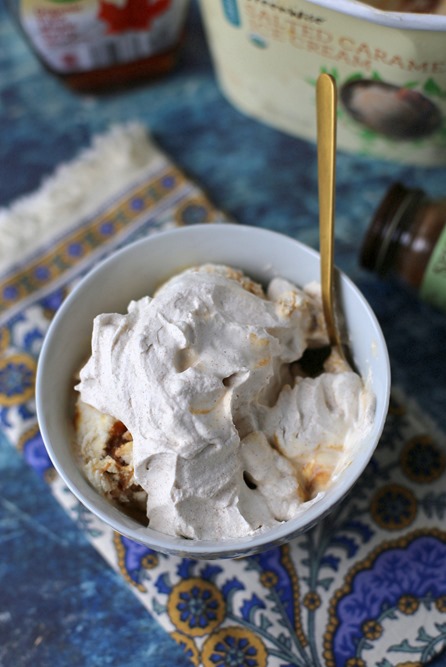 We have an ongoing joke in my family where we all refer to whipped cream as “vitamins.” I’m not sure when this started, but since we’re all whipped cream mega-fans, it became a staple joke whenever we’re overloading our desserts with whipped cream to say, “Would you like any more vitamins?” as we add dollop after dollop on top of our ice cream, brownies, pie and cake. (Pretty much anything sweet is a vehicle for whipped cream in our eyes.)

Two weekends ago, Ryan and I lucked out and had one of his coworkers, Matt, a former professional chef, over to our house for a small dinner party. While Matt says he prefers cooking to baking, his dessert course proved to all of us that his kitchen talents apply to sweet dishes, too. I noticed that it was the small things that made the three-course meal he prepared for us so incredible. It was the tangy zip of lemon in his lump crab risotto, the hint of sweet bell pepper in his zesty vinaigrette, the buttery broth of his bouillabaisse… and the slight taste of maple syrup and cinnamon in his whipped cream.

I’ve made homemade whipped cream more times than I can count (it puts the store-bought stuff to shame) but watching Matt whip up his version felt like watching magic happen in a bowl. First, he whipped the cream by hand along with just the right amount of powdered sugar and vanilla. I’m pretty sure I’d be drenched in sweat and my shoulder would fall off if I tried to get soft peaks to form from heavy whipping cream by hand. (My take on his whipped cream that you will find below calls for a mixer, but if you’re up for it, definitely whip it by hand!) Once the beautifully stiff peaks formed from the cream in his bowl, he folded in a drizzle of pure maple syrup and a dash of cinnamon. 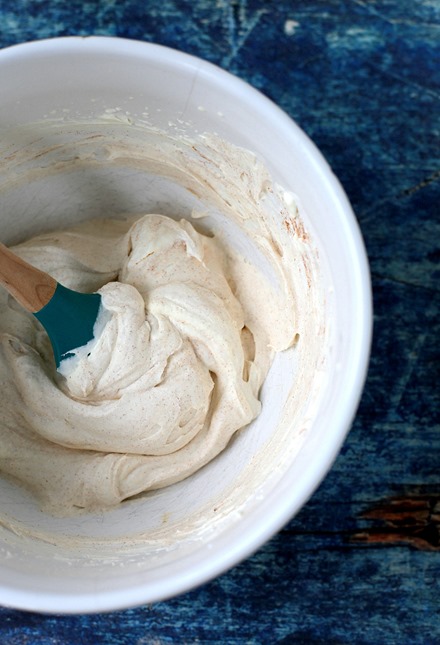 I’m pretty sure I could’ve downed the entire bowl of whipped cream if it was socially acceptable and Matt wasn’t preparing the whipped cream to serve to our group of five adults.

Early last week, a few days after Matt’s incredible meal, I whipped up my best Matt-inspired maple cinnamon whipped cream to serve on top of salted caramel ice cream for dessert after dinner one night. Ryan, Chase and I went to town and Ryan said, “This is the only way we should make whipped cream from now on.” Agreed. The next day Chase requested a “bowl of cream” for dinner. We’re raising the healthiest eater on the planet, my friends. 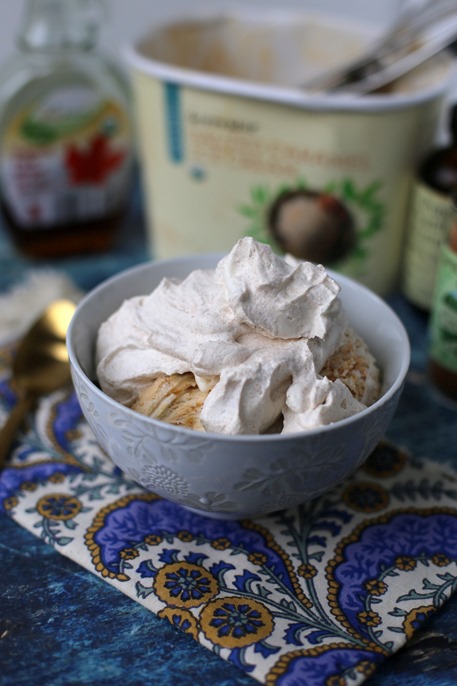 If you are a whipped cream fanatic and find yourself looking forward to the rich and fluffy bites of whipped cream more than any dessert placed in front of you, please give this version a try. It doesn’t taste like a maple syrup or cinnamon bomb and allows the milky, creamy base of heavy cream to shine through with the faintest accents of vanilla, cinnamon and maple that take it to another level. 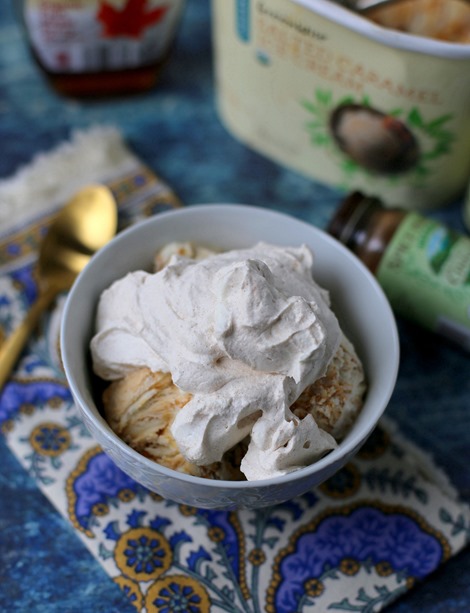 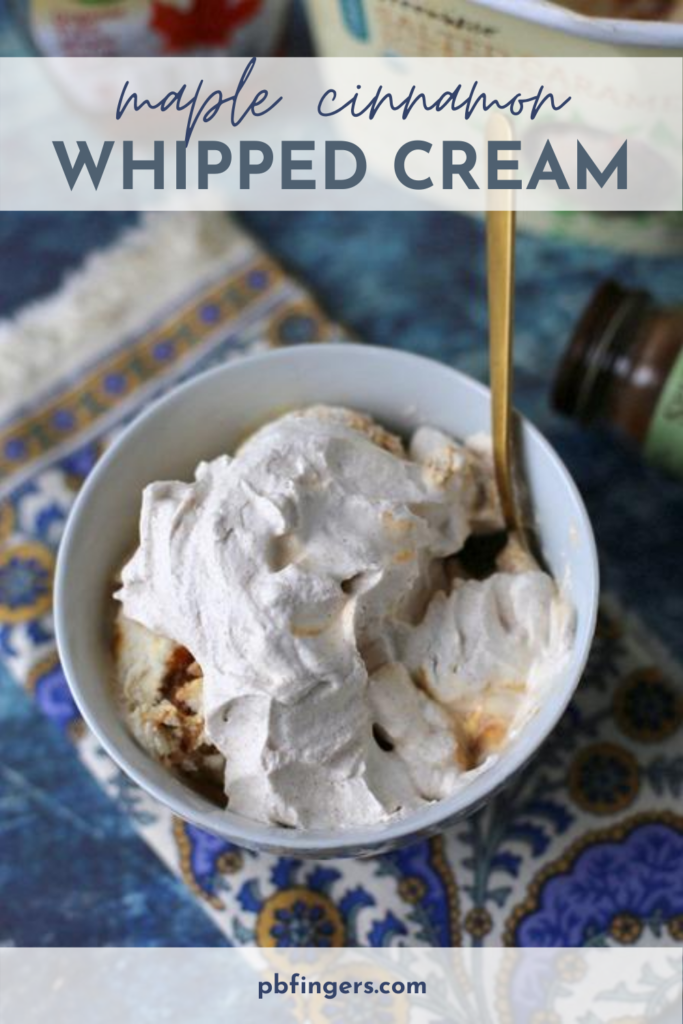 A perfectly fluffy and oh-so-creamy recipe for maple cinnamon whipped cream with just the right hint of pure maple syrup, vanilla and cinnamon. Enjoy this delicious topping on everything from ice cream to apple pie!

And here’s another tip from Matt: The next time you scoop yourself a bowl of vanilla ice cream, add a drizzle of maple syrup on top. It’s heaven in a bowl.