Navigation
This recipe for Paleo Coconut Crisps is the perfect way to satisfy your sweet tooth in a healthy way. Made with only five ingredients and naturally sweetened with maple syrup, it’s a snack that tastes like a treat! These Paleo Coconut Crisps are delicious by the handful or enjoy them sprinkled on top of everything from yogurt and oatmeal to pancakes and smoothie bowls. 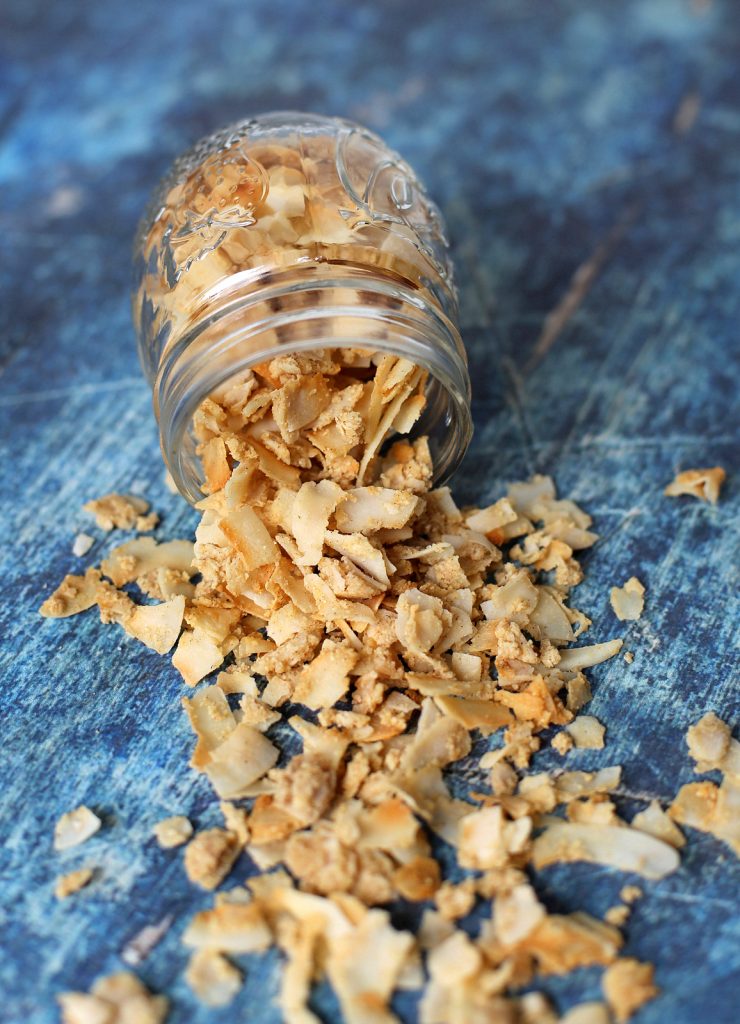 I’m all about eating a slice of cake from the angle where I’ll get the most icing, scooping up the bite of ice cream that looks like it’s saturated with the most cookie dough and strategically reaching into a bag of trail mix so I’ll get a handful that will include the most number of M&Ms possible. I choose to front load the good stuff!

Ryan saves the best pieces and best bites of a dish for last as his “grand finale.” I cannot get behind this only because the first bite of anything is always the best bite, so why not make it the very, very best bite and double up on the goodness? I don’t want to be taking the best bite of something when I’m feeling full and not as excited about a dish as I was in the very beginning.

This only really annoys Ryan when we opt to share a dessert at a restaurant. Thankfully marriage is all about compromise and learning to live with the stuff that irritates the heck out of you so now Ryan will slice off his “best bite” and put it off to the side of the plate where it sits safely away from me in quarantine waiting for him to eat it at the end of a meal. Meanwhile I go right in for the kill and take down the best bites immediately and tell him about all the goodness he’s in for when he finally decides to join me and eat the really good stuff.

But what if every bite of a meal or a snack was the best bite? If you decide to give today’s recipe for Paleo Coconut Crisps a try, every bite will be the very best bite! 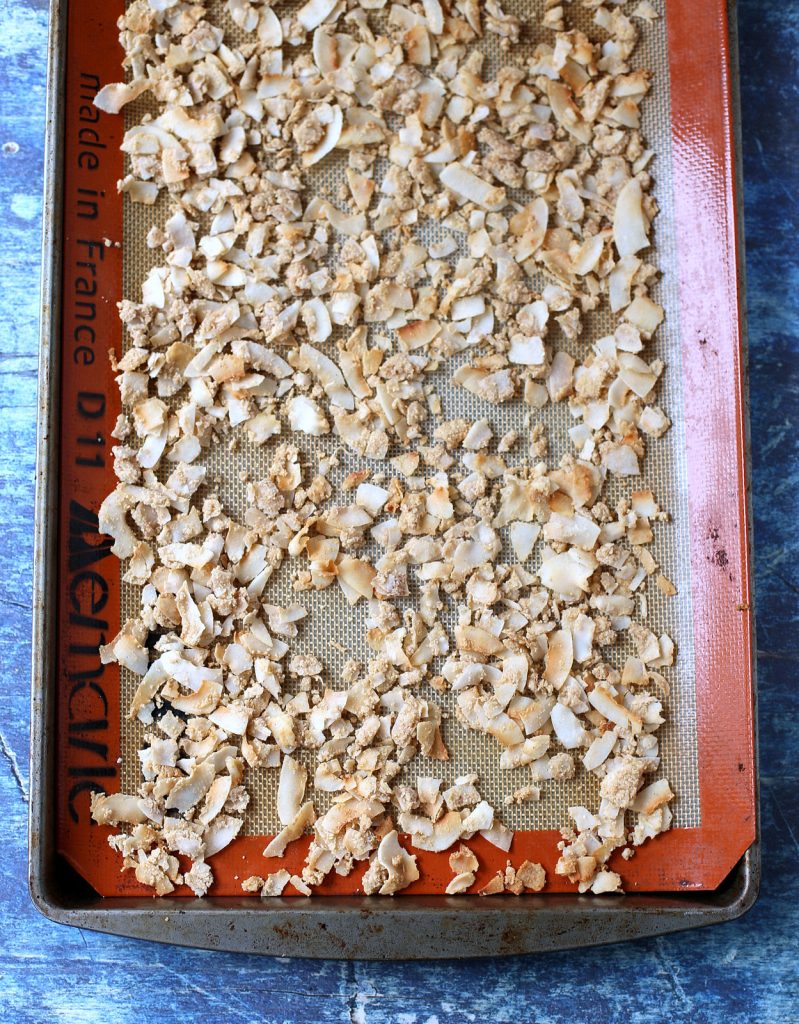 Today’s recipe was born out of my desire to eat the best bites out of a big batch of Paleo granola I made on Friday night. I followed this recipe for Paleo granola and quickly found myself picking out the bites with the most crispy coconut pieces. They were the best because they were slightly sweet and almost melted in my mouth.

Fast forward to Sunday night and the Paleo granola I made on Friday night was all gone. I found myself craving more of those crispy coconut pieces and headed into the kitchen to try my hand at creating a coconut-only version of the recipe.

The end result was a perfectly toasted batch of Paleo Cinnamon Coconut Crisps. 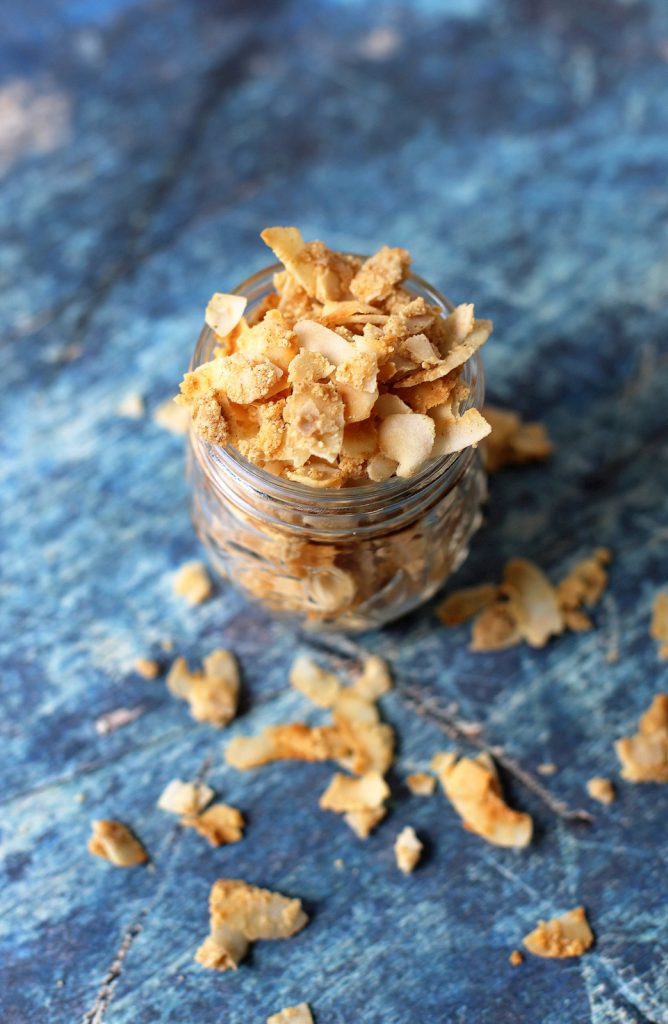 Though it no longer felt like I was eating granola when the coconut pieces were done, it felt like I was indulging in some kind of melt-in-your-mouth sweet treat. The best part? It was made with five simple, clean ingredients and sweetened only with maple syrup. I couldn’t get enough of this one and knew I had to make another batch to photograph so I could share it on the blog with you guys today. 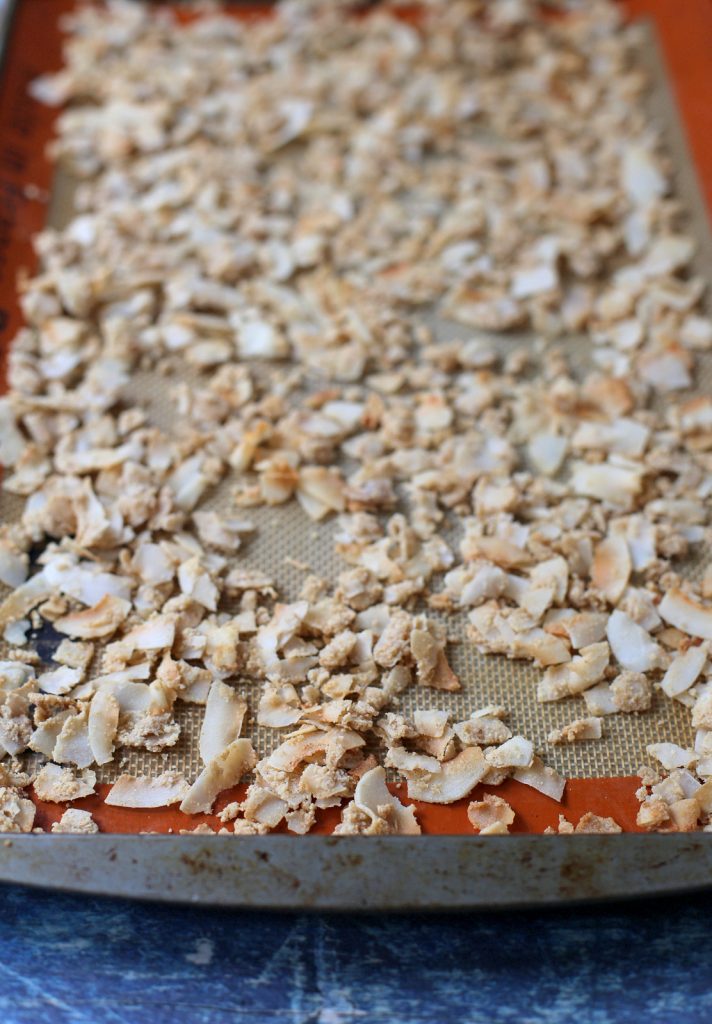 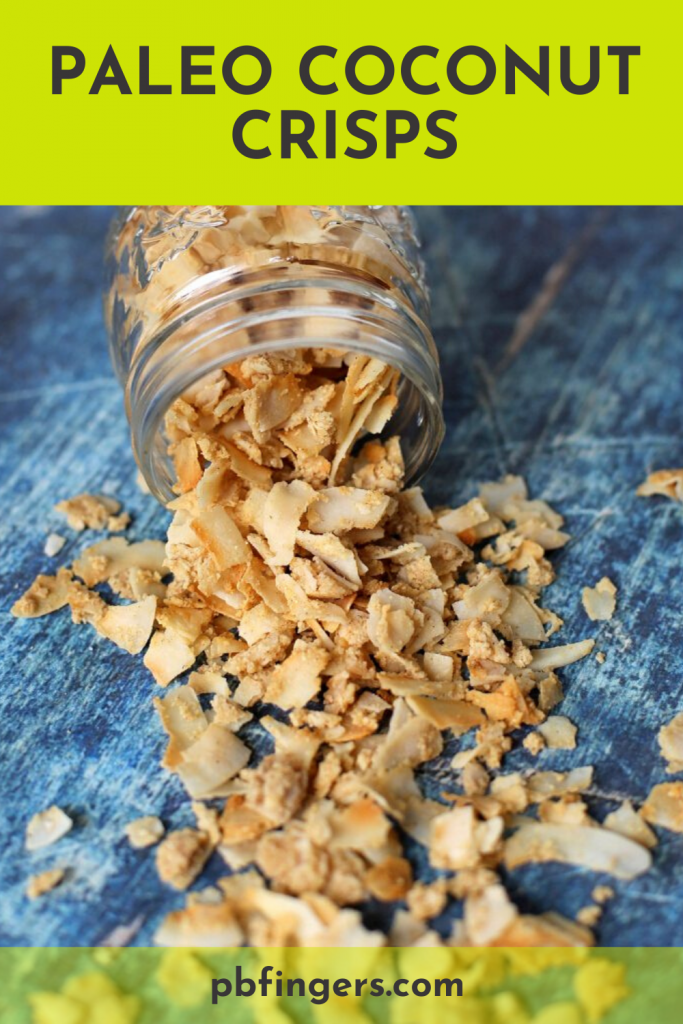 A deliciously crunchy and slightly sweet Paleo treat. Enjoy it by the handful or as a crispy topping for everything from smoothie bowls to Greek yogurt!

Preheat oven to 325 degrees and line a baking sheet with parchment paper or a silicone baking mat.

Combine all ingredients in a large bowl and stir until small chunks begin to form. The mixture should be moist and slightly sticky.

Spread coconut mixture out evenly on the baking sheet and bake for 3-5 minutes. Gently stir the coconut and place back into the oven for an additional 3-5 minutes or until coconut begins to turn light brown. (Do not walk away from the oven while your coconut is toasting! It can burn very, very quickly, so definitely check it at the lower end of the time noted above before allowing it to remain in the oven.)

Remove from the oven and allow coconut to cool and crisp up a bit before eating. 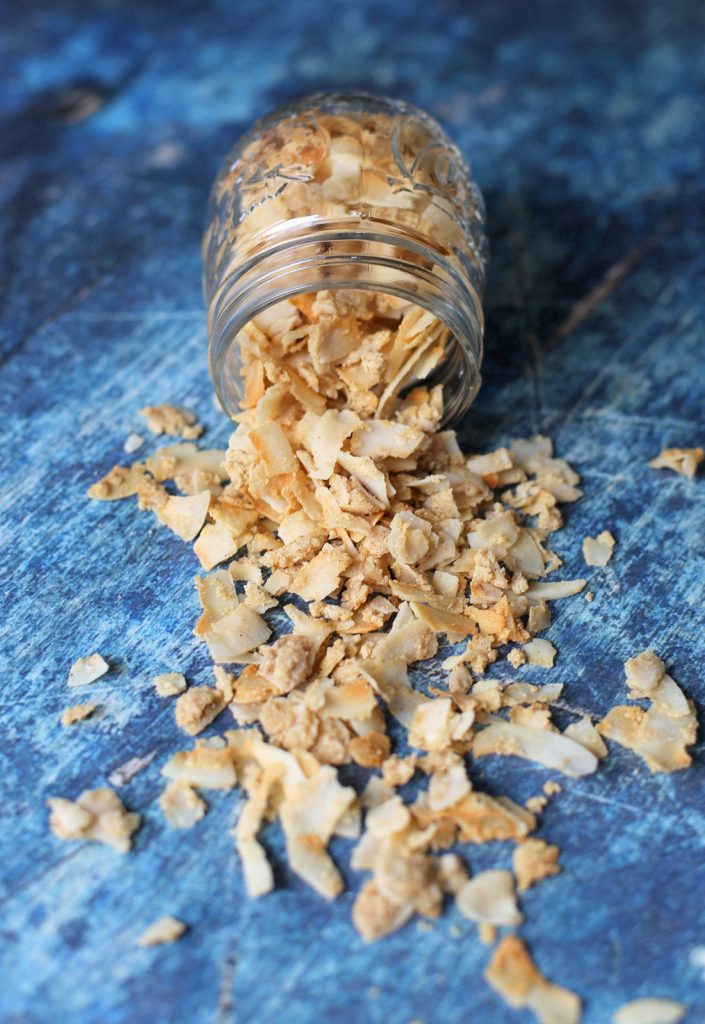