Good morning, my friends! How are you? I hope you are doing well and that my fellow Americans enjoyed a sunny and fun-filled holiday weekend. 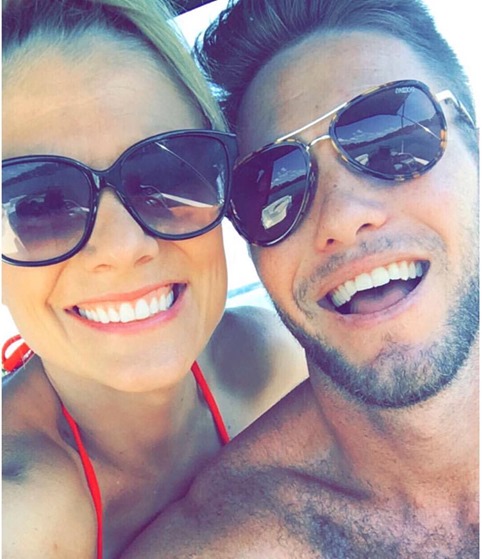 Our weekend included a mix of quality time with friends and some downtime at home. Ryan ended up getting sick (we think he may have had the same 24-hour bug I had last week), so after we spent all day with friends on Saturday, we stayed pretty close to home for the rest of the holiday weekend.

Please allow me to get a little nostalgic for a second… For the longtime PBF readers out there: Can you believe the Fourth of July when Ross proposed to Leslie was THREE years ago? Time is flyin’! And for my fellow Bachelorette fans, I totally read all the spoilers for this season online already – I’m the kind of person who always tried to find her Christmas presents, so what did you expect? – and apparently this season they go to the very restaurant where our family surprised Leslie on the day Ross proposed! Keep an eye out later this season!

Wow, that was quite a tangent… Moving on!

Yesterday began bright and early when Chase started to stir in his crib a little before 6 a.m. (If I got up to feed him at 3 a.m. as well, does that mean my day technically began at 3 a.m.? Because it kind of felt like it…) I got up to nurse and change Chase and he thankfully went back to sleep for another 90 minutes, giving me time to reheat a pre-made frittata for breakfast, down a cup of coffee with Fairlife whole milk and collagen and finish up yesterday’s 11 month baby update. 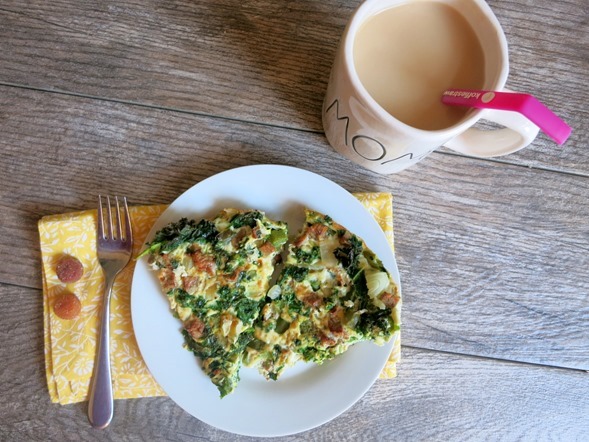 By the time I published the blog post and scheduled the corresponding social media shares, Chase was up again and ready to play! I put an assortment of food on Chase’s high chair tray but he only had eyes for Puffs. After a quick wipe-down of his face and fingers, we headed off to Burn Boot Camp!

Chase enjoyed quality time with his BBC childcare buddies while I went through a partner core circuit workout with my friends Carrie and Lauren. 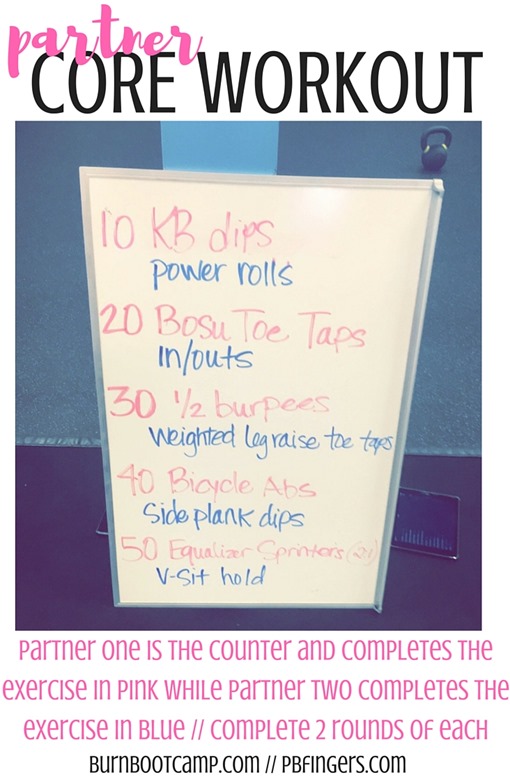 Chase was ready for his morning nap by the time we made it home, so I nursed him and put him down before grabbing a shower and a morning snack (Wilde bar + apple + more coffee) and heading back into my home office to work, work, work. 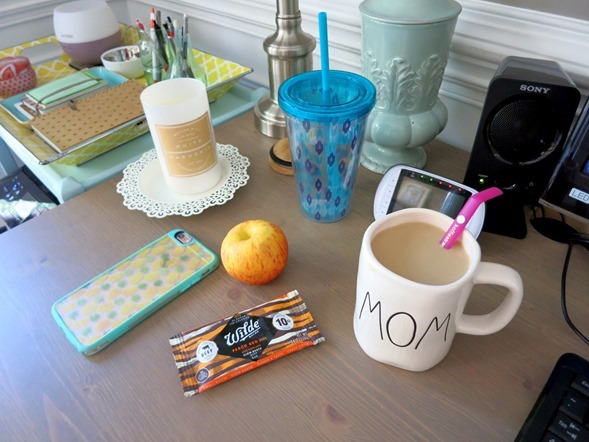 I started typing up this blog post, responded to some time-sensitive emails and worked on some Pinterest stuff through Tailwind. (FYI, I’ve been toying around with Tailwind for Pinterest scheduling/planning and LOVE it so far. It’s very user friendly – easier to use than Board Booster, in my opinion – and your first month is free.)

As always, Chase’s naptime FLEW by and before I knew it, he was up again. We ate lunch together (chicken and sliced peaches for Chase and a smoothie made with SFH protein powder, peanut butter, spinach, frozen banana and cashew milk for me) and then drove to Whole Foods for a casual meeting I had scheduled with Cora, Charlotte’s local marketing team leader, at 12:30 p.m. 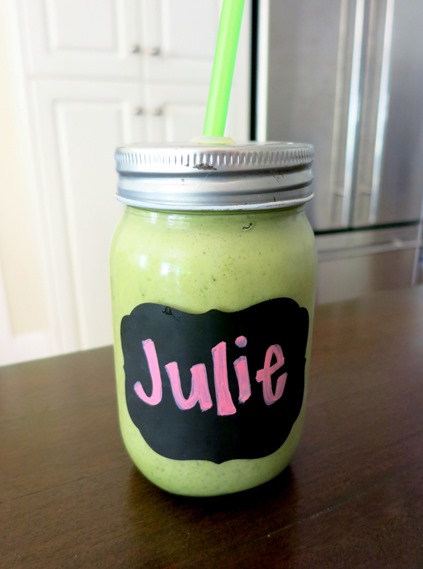 We chatted about possible upcoming collaborations and I really enjoyed meeting her face-to-face after several weeks of email-only communication. 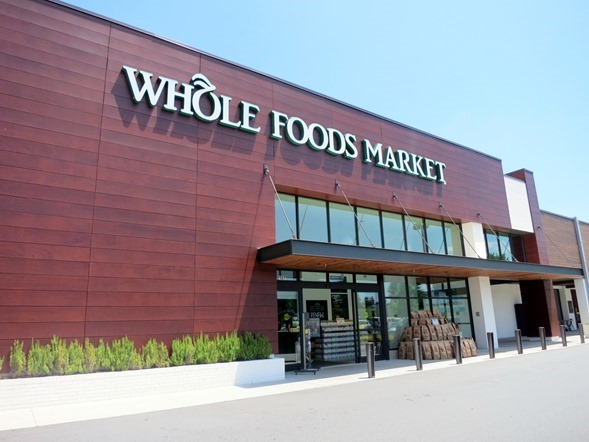 Oh! And for the locals, Cora told me about an awesome event this Saturday that I thought might interest some of you. Whole Foods on Fairview Road in Charlotte is hosting a Q&A with Olympic swimmer Kirsty Coventry on Saturday! Tickets are only $5 and benefit the Drowning Prevention Program at the YMCA of Greater Charlotte.

After our meeting, I couldn’t resist taking a loop around Whole Foods and picking up a small load of groceries, including one of their bakery’s amazing cookies for the car ride home and some sockeye salmon that was on sale. 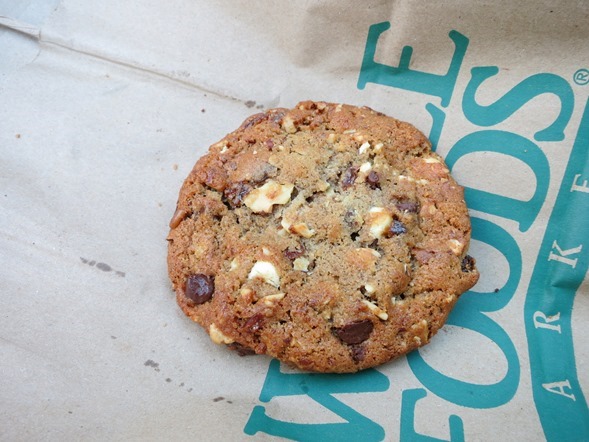 Bless Whole Foods for the free fruit wagon they have for kids because a piece of fresh fruit almost always keeps Chase entertained during our shopping trips! 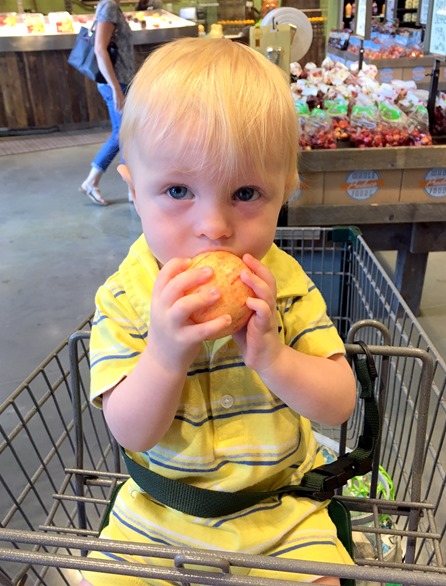 By the time we made it back home, Chase was a little restless, so we played in our family room for a bit so he could get some of his energy out before his afternoon nap. Once again, I used his naptime to work and spent some time going through old blog posts while snacking on lunch number two. 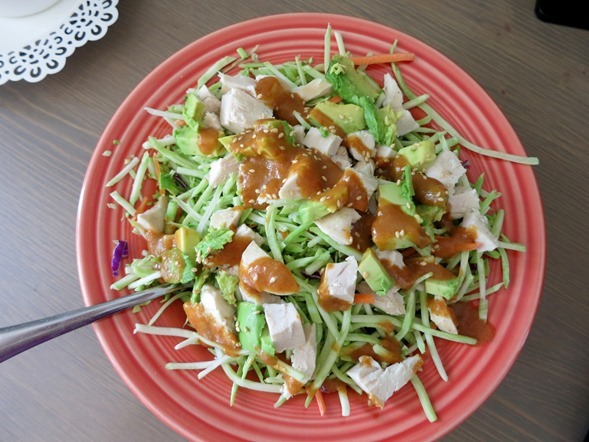 A session from the Food Entrepreneur Summit with Katy Widrick provided a checklist of sorts for old content and I’ve been trying to spend a little time every day removing broken links from old posts and updating photos and formatting, among other things. (For any bloggers who may have missed the Food Entrepreneur Summit, you can still sign up to view the courses even though the virtual conference is over. I found the virtual conference both valuable and educational.)

Tuesdays are a little rough on the nap front over here because Chase’s afternoon swim lesson often interrupts his sleep. That was the case again yesterday and I had to wake him up so we could make it to swimming on time but he did well and seemed to enjoy splashing in the pool without too much fussing. 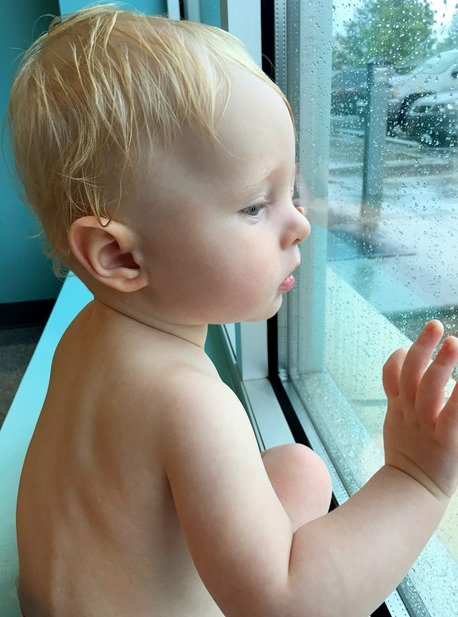 We were greeted by a downpour at the end of class, so we hung out in the lobby for a bit and I was actually able to switch Chase into a later swim class time while we waited. I hope the new time will be better for his nap schedule but I will really miss our friends from our Tuesday class! 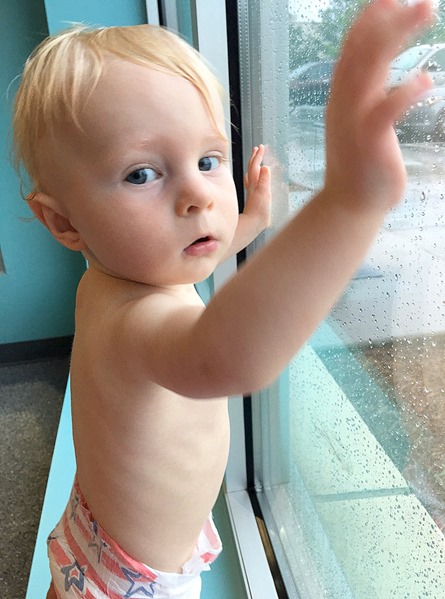 Once we made it home, Chase started to show signs of a way-too-short afternoon nap. I tried my best to keep him happy and entertained, but eventually it was clear that he needed a nap. I hate to put him down for a nap after 5 p.m. for fear that it will interrupt his evening sleep, but it had to happen. He took a 30-minute nap which gave me time to quickly throw together a dinner that included sockeye salmon, roasted butternut squash (tossed in coconut oil, salt and cinnamon) and asparagus. 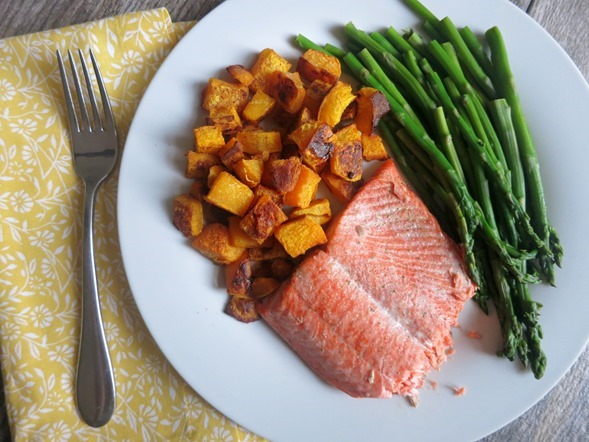 I had just enough time to make dinner and eat before Chase was up again. Ryan worked a little late yesterday and didn’t arrive home until close to 7 p.m., so we waited for him while playing with toys, attempting Chase’s dinner in the highchair and reading books on the couch.

Story time with Chase and Sadie started out like this… 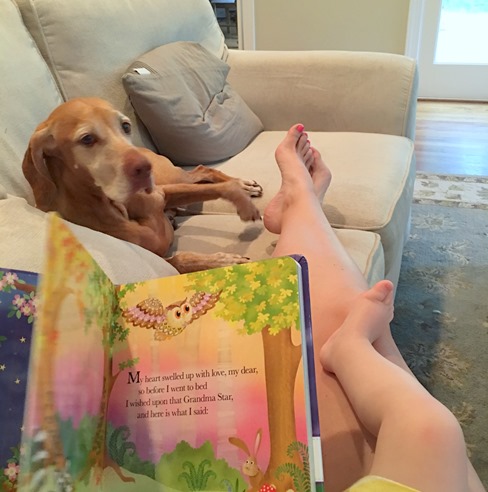 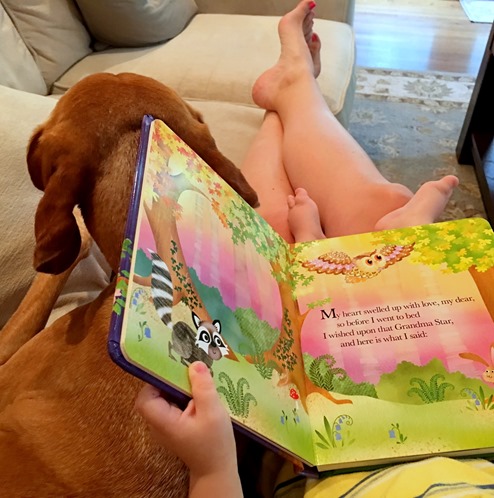 Apparently Sadie didn’t want to miss a minute of my reading of Grandma Wishes. My mom gave Chase the Grandma Wishes book and it’s one of his absolute favorites! I think he loves all of the colors and seems to enjoy pointing at the animals on every page. Chase is really into books lately and I just love it!

After two readings of Grandma Wishes, Ryan walked through the door and Chase kicked and bounced around while grinning like crazy, as usual. His reaction to Ryan whenever he arrives home from work is so stinking adorable and melts my heart.

Chase and Ryan practiced some of his fun skills like waving and dancing for me before we all hung out and let Chase crawl around and pull himself up on everything he could find before bedtime. 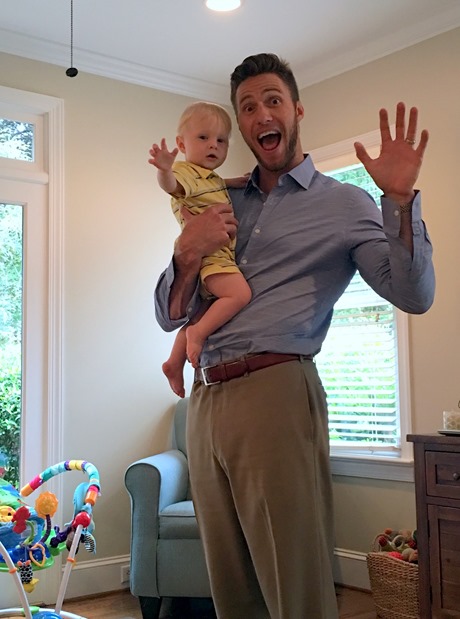 After I nursed Chase and put him down for the night, I grabbed a cup of Siggi’s strawberry yogurt, topped it with a handful of peanut butter granola and worked for a little longer on the computer. I typed up the rest of this blog post in my office before hanging out with Ryan on the couch for the rest of the evening and crashing hard when we crawled into bed.

I hope you guys have a great Wednesday!