Navigation
What should’ve been a two hour drive back to Ocala from St. Pete last night ended up being a 3+ hour drive thanks to some serious storms and lots of traffic. It was an intense drive to say the least, but it was worth it and I slept like a log last night.

You’d think that after a good night’s sleep, I’d be ready for a kick-butt workout this morning, but my solid sleep seemed to have the opposite effect and I wandered into the gym in a daze.

The Best Body Boot Camp plan called for a 50-minute interval workout and I initially thought I’d complete the workout on the treadmill, but in my hazy state, I figured I’d take it easy and do lighter intervals on the elliptical.

What started out as a plan to “take it easy” quickly morphed into a rather challenging elliptical workout. 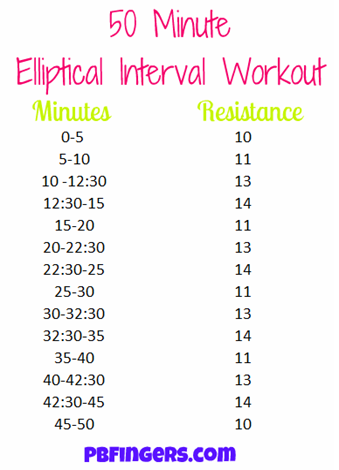 The 2.5 minutes spent at level 14 were killer. I was pumping my arms just to get through it.

Since I know ellipticals vary a lot, if you’re interested in doing a similar workout, for the resistance 11 on the above workout, simply pick a resistance level that you can comfortably maintain and have a breathy conversation. You should be sweating, but not pushing yourself too hard. Increase the resistance two to three notches for the intervals where you see 13 and 14 noted in the above workout so you’re challenged.

Ryan joined me for a brief core circuit after this workout and our abs were  burnin’!

This morning I made a batch of cashew butter pancakes that totally hit the spot. 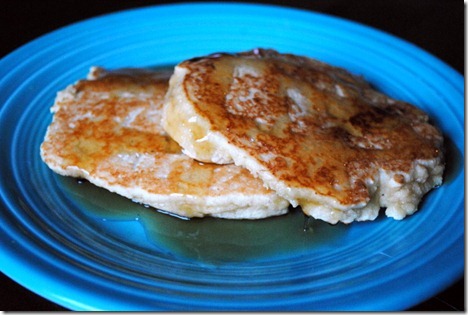 To make the pancakes, I followed the recipe for my gluten-free and Paleo-friendly almond butter pancakes, but simply substituted cashew butter for the almond butter. 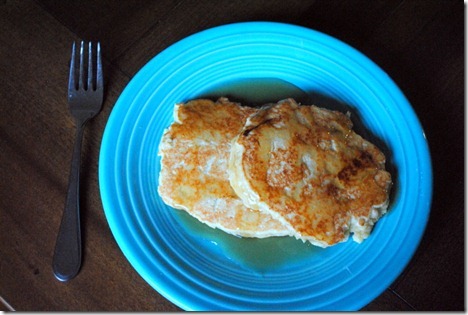 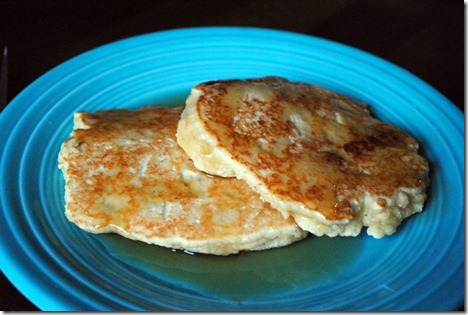 Topped off with a bit of syrup!

I wish I had fresh berries on hand because I have a feeling they would add a lot to these pancakes. I had visions of blueberry cashew butter pancakes swimming around in my head. Next time!

Time to work on a new freelance assignment for a few hours before heading out on my first solo Meals On Wheels route. I hope it goes well!

« Back in High School
Solo Route »